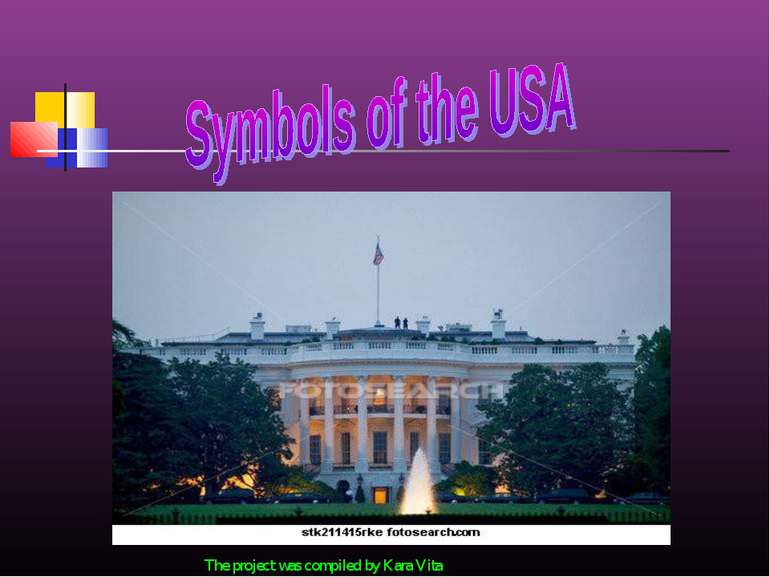 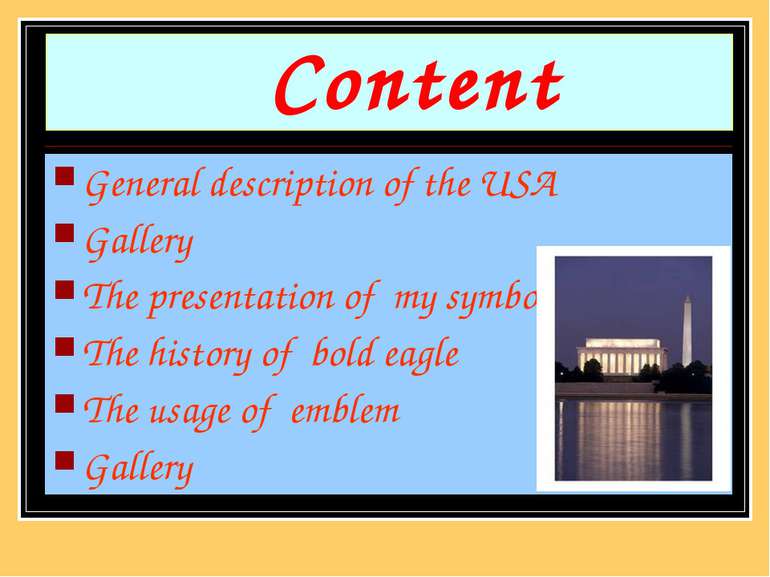 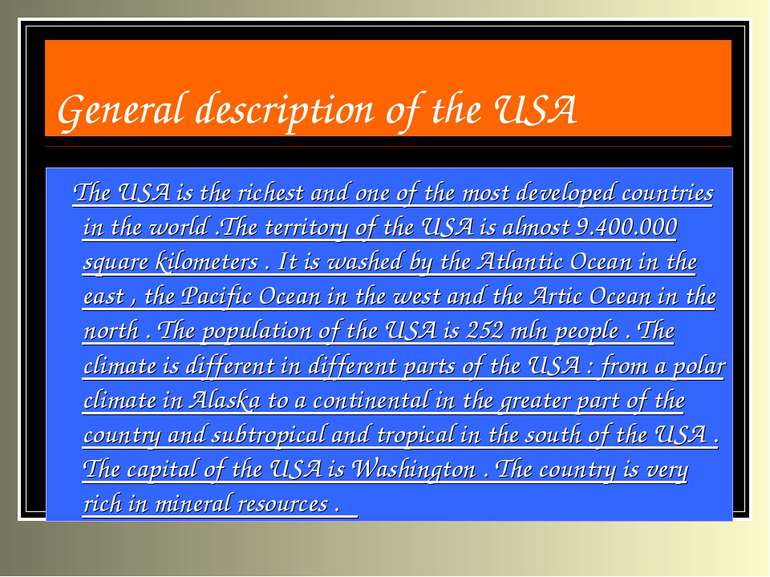 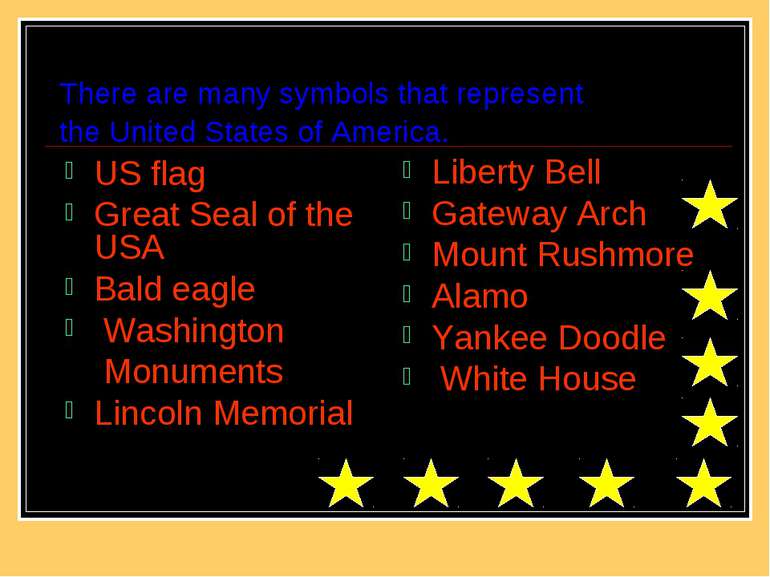 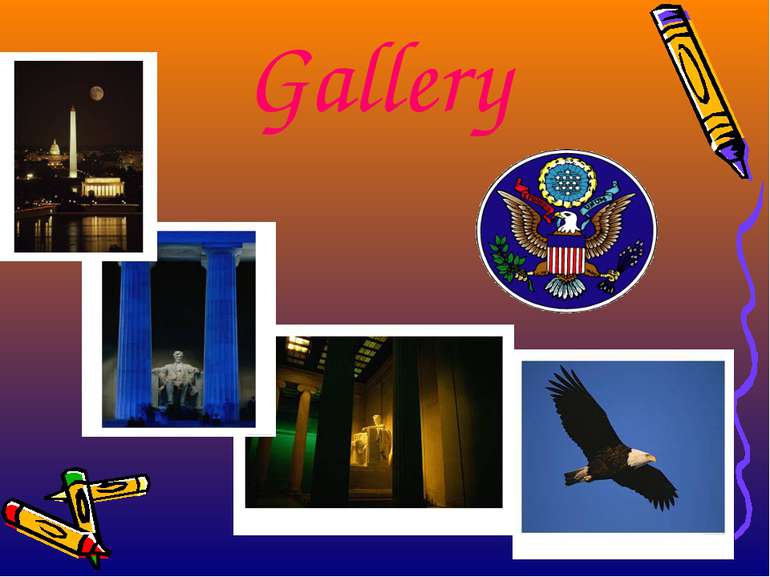 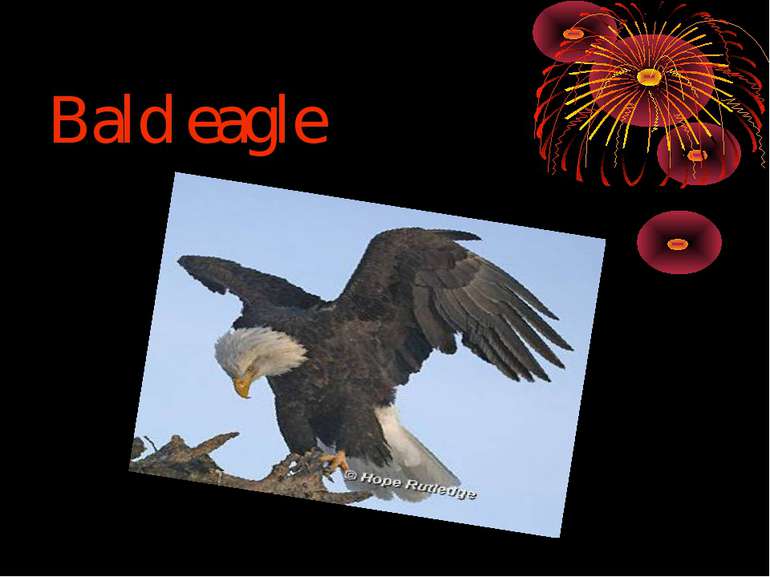 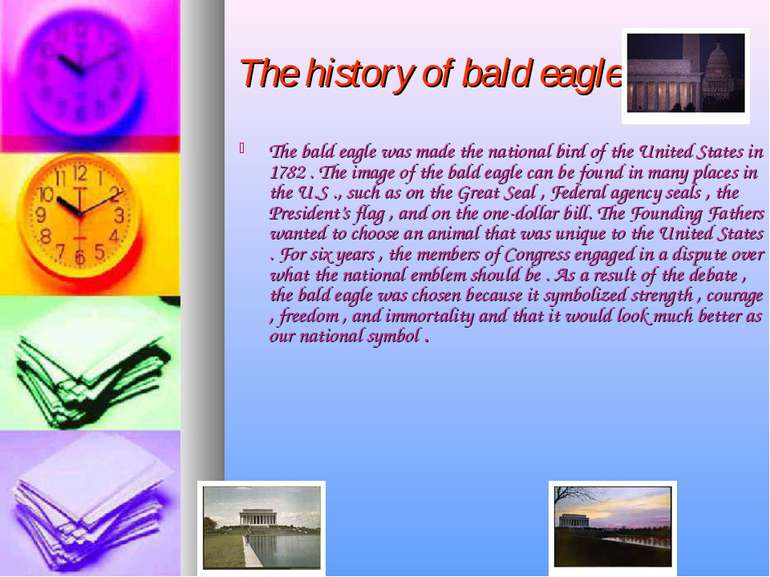 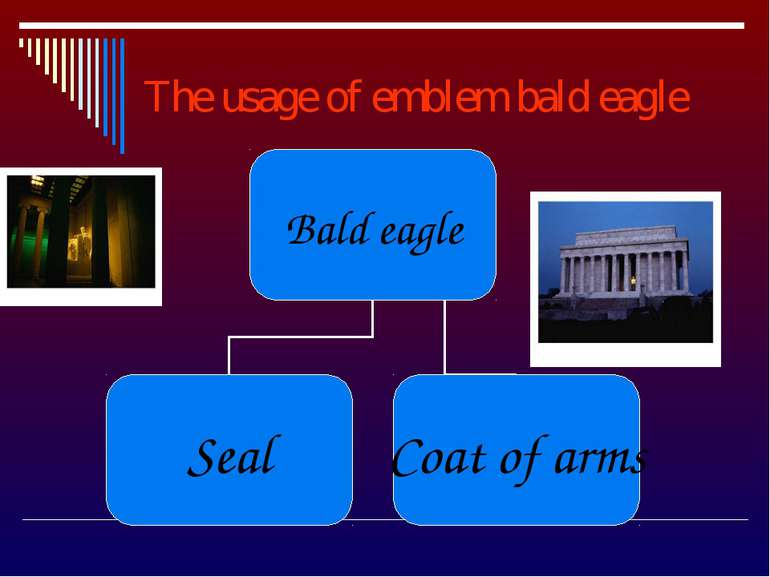 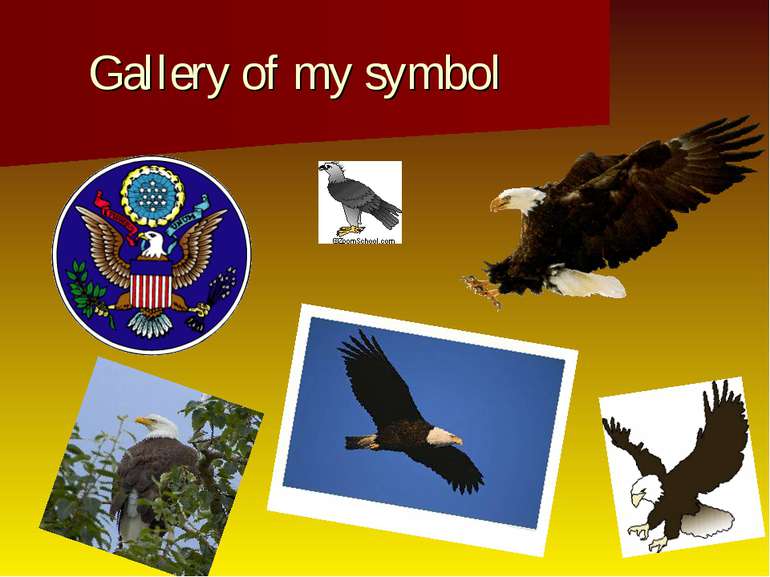 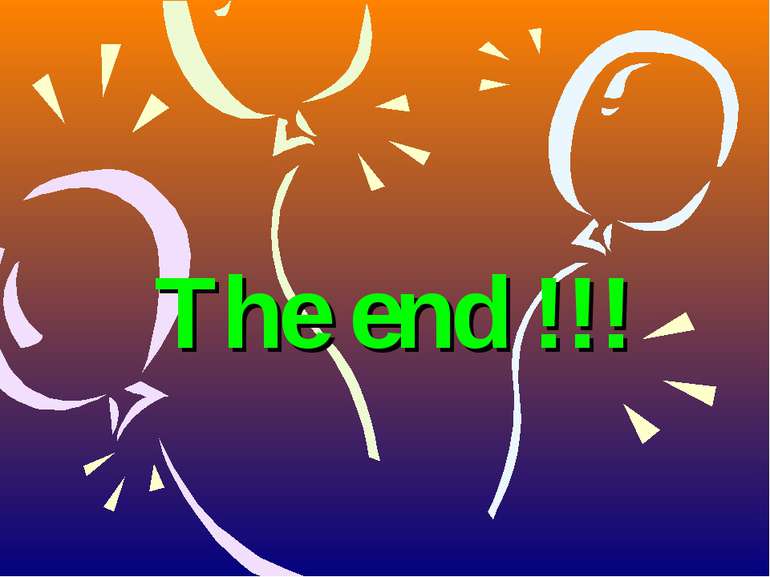 Symbols of the USA 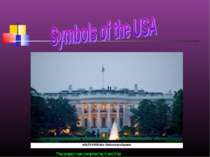 The project was compiled by Kara Vita 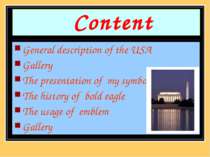 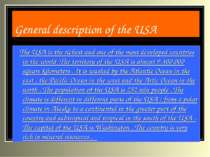 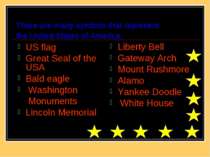 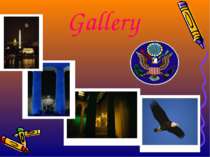 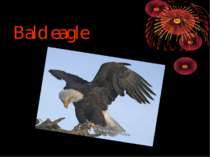 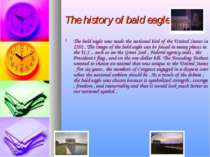 The history of bald eagle The bald eagle was made the national bird of the United States in 1782 . The image of the bald eagle can be found in many places in the U.S ., such as on the Great Seal , Federal agency seals , the President’s flag , and on the one-dollar bill. The Founding Fathers wanted to choose an animal that was unique to the United States . For six years , the members of Congress engaged in a dispute over what the national emblem should be . As a result of the debate , the bald eagle was chosen because it symbolized strength , courage , freedom , and immortality and that it would look much better as our national symbol . 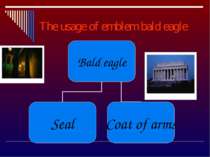 The usage of emblem bald eagle 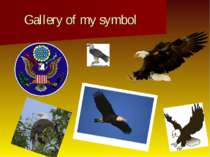 Gallery of my symbol 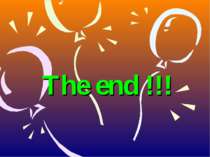 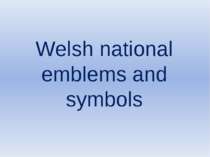 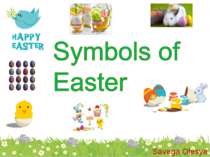 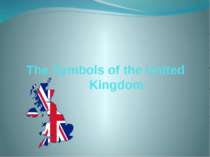 "The Symbols of the United Kingdom" 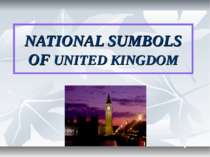 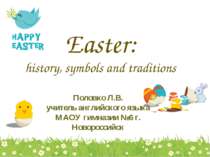 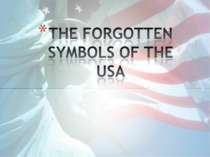 The forgotten symbols of the USA 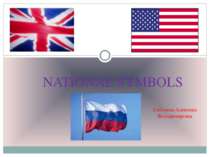 THE NATIONAL SYMBOLS OF GREAT BRITAIN 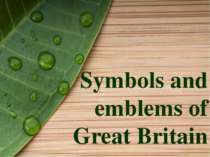 Symbols and emblems of Great Britain