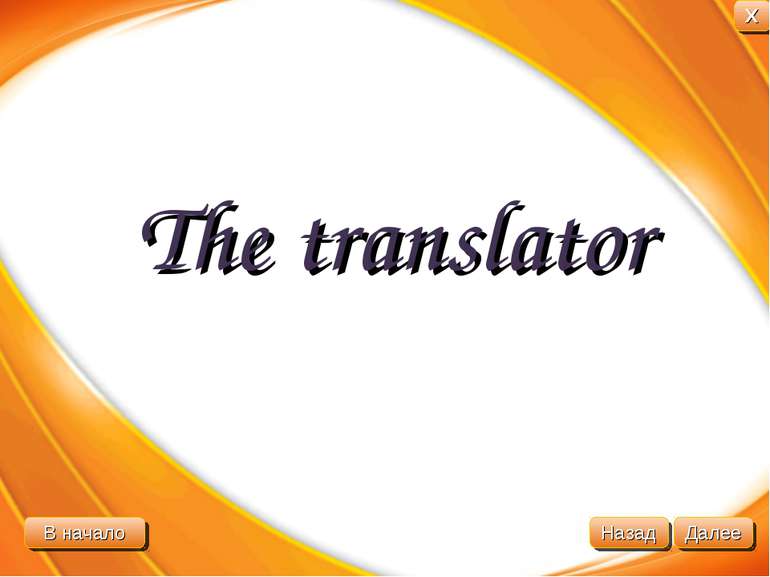 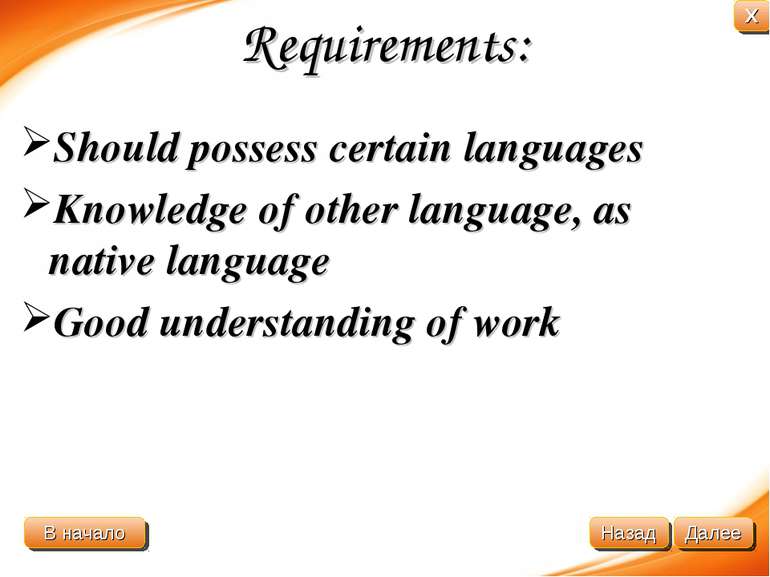 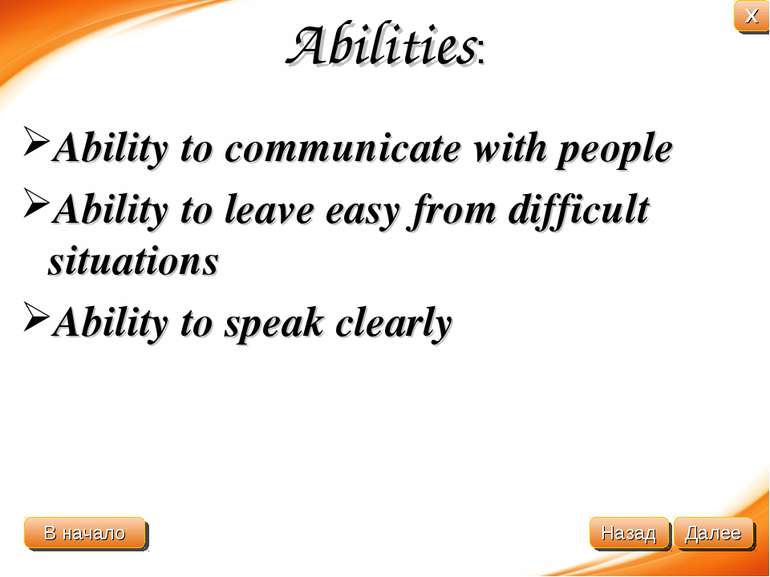 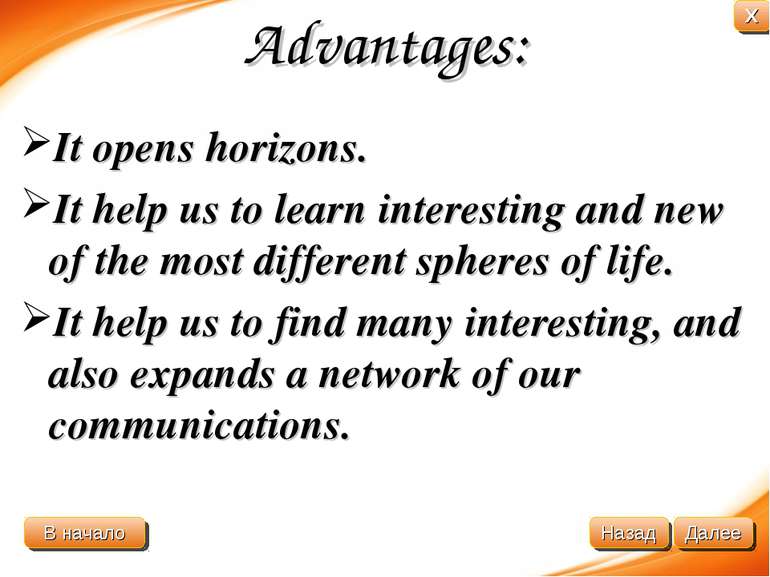 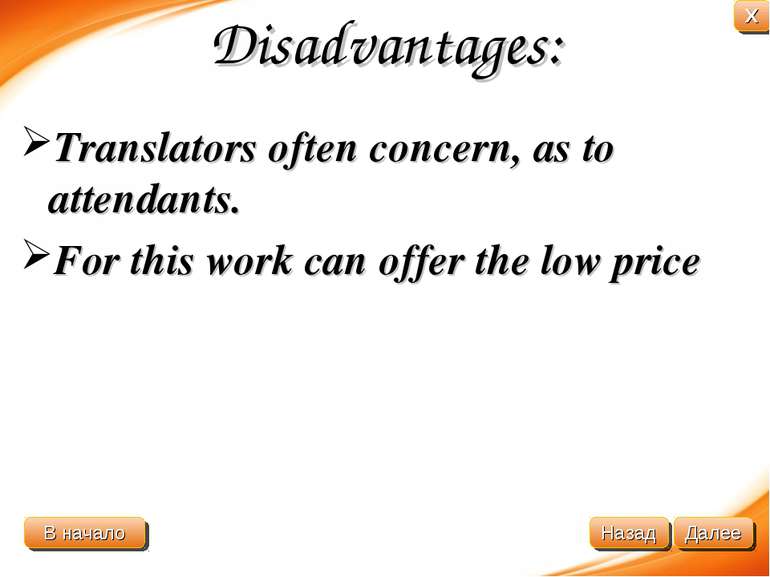 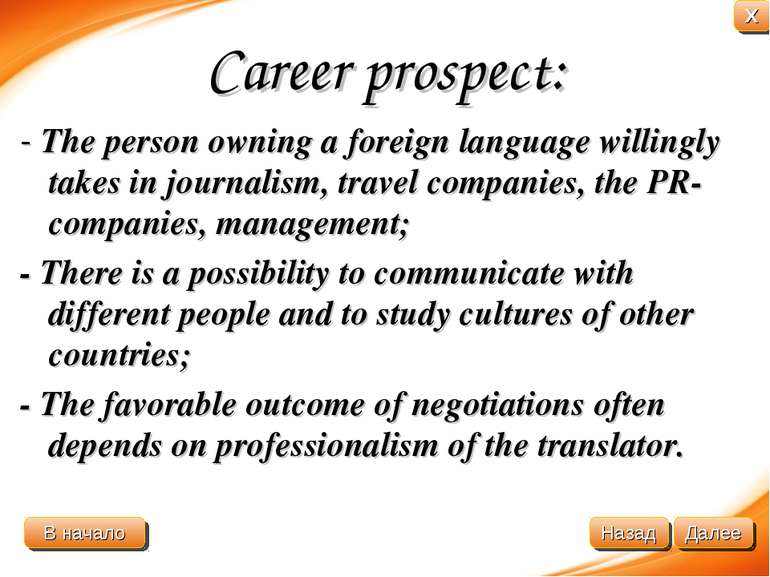 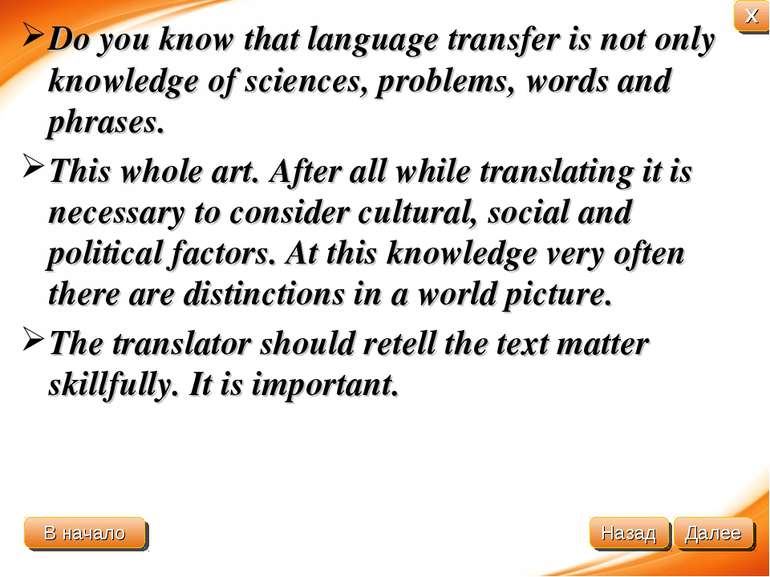 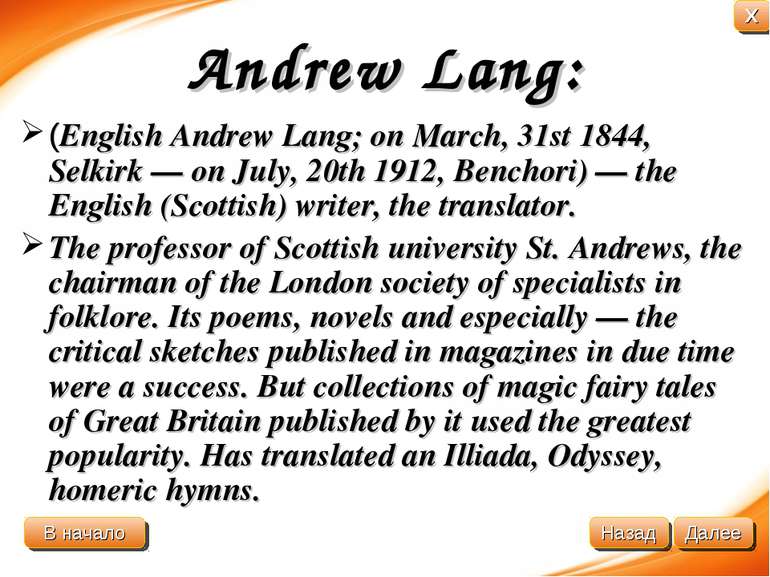 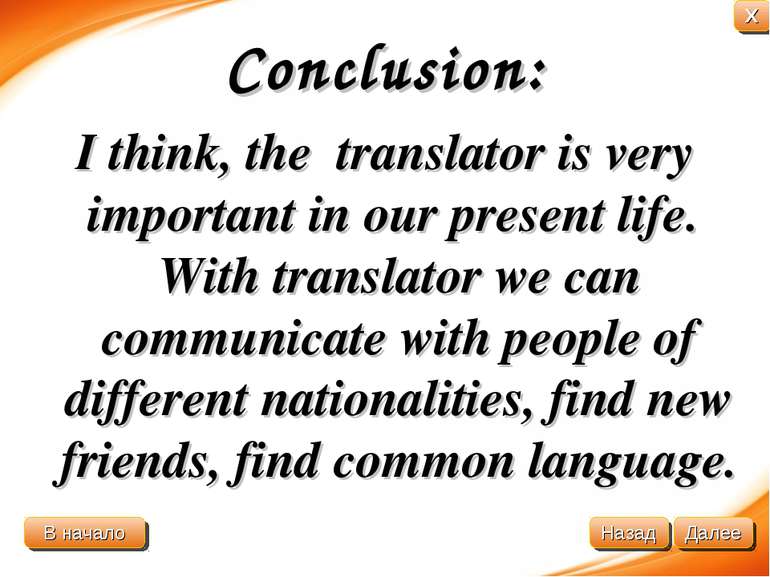 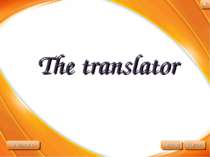 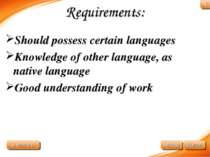 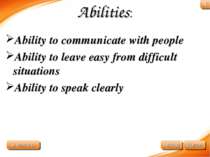 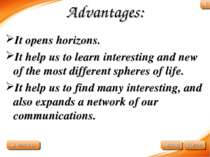 Advantages: It opens horizons. It help us to learn interesting and new of the most different spheres of life. It help us to find many interesting, and also expands a network of our communications. В начало Далее Назад X 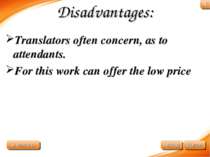 Disadvantages: Translators often concern, as to attendants. For this work can offer the low price В начало Далее Назад X 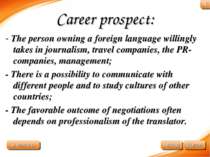 Career prospect: - The person owning a foreign language willingly takes in journalism, travel companies, the PR-companies, management; - There is a possibility to communicate with different people and to study cultures of other countries; - The favorable outcome of negotiations often depends on professionalism of the translator. В начало Далее Назад X 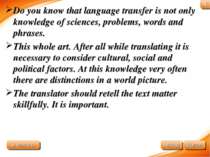 Do you know that language transfer is not only knowledge of sciences, problems, words and phrases. This whole art. After all while translating it is necessary to consider cultural, social and political factors. At this knowledge very often there are distinctions in a world picture. The translator should retell the text matter skillfully. It is important. В начало Далее Назад X 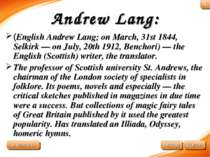 Andrew Lang: (English Andrew Lang; on March, 31st 1844, Selkirk — on July, 20th 1912, Benchori) — the English (Scottish) writer, the translator. The professor of Scottish university St. Andrews, the chairman of the London society of specialists in folklore. Its poems, novels and especially — the critical sketches published in magazines in due time were a success. But collections of magic fairy tales of Great Britain published by it used the greatest popularity. Has translated an Illiada, Odyssey, homeric hymns. В начало Далее Назад X 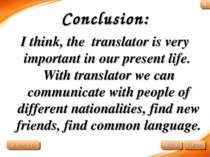 Conclusion: I think, the translator is very important in our present life. With translator we can communicate with people of different nationalities, find new friends, find common language. В начало Далее Назад X 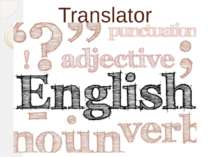