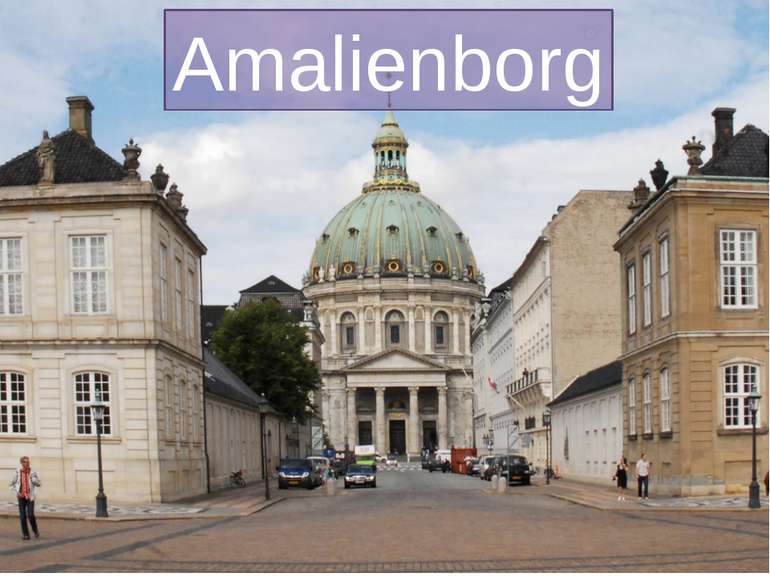 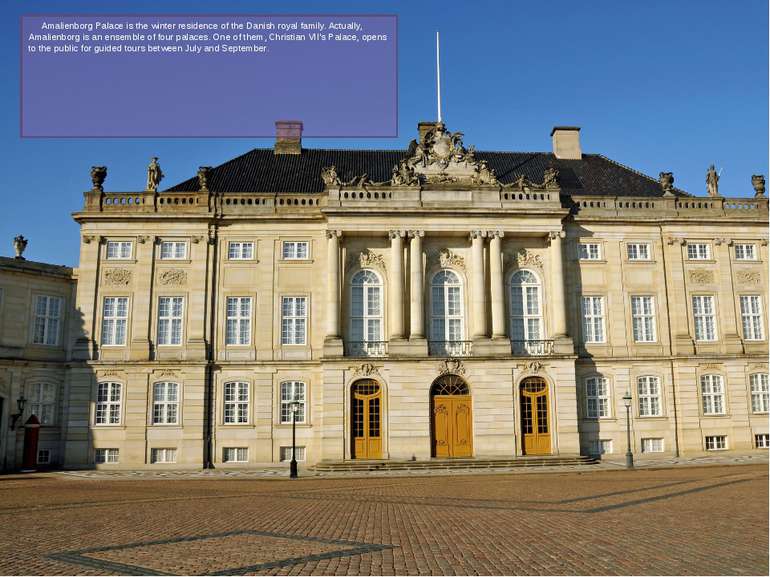 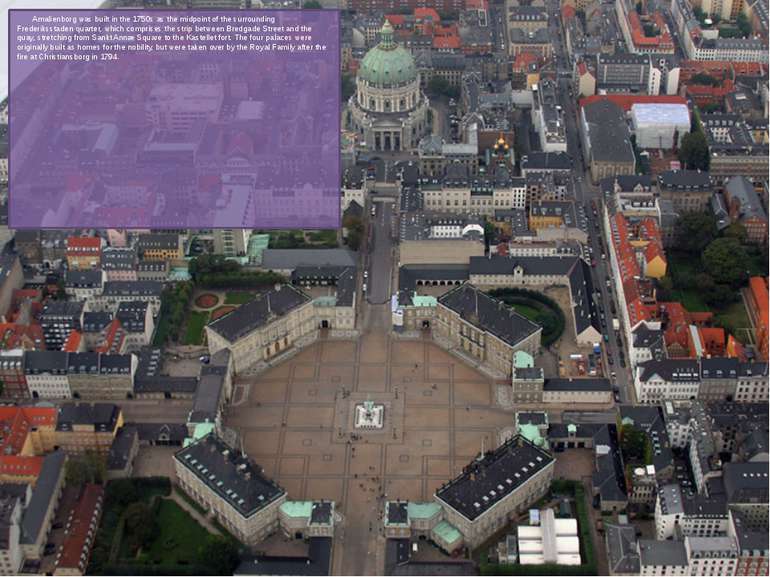 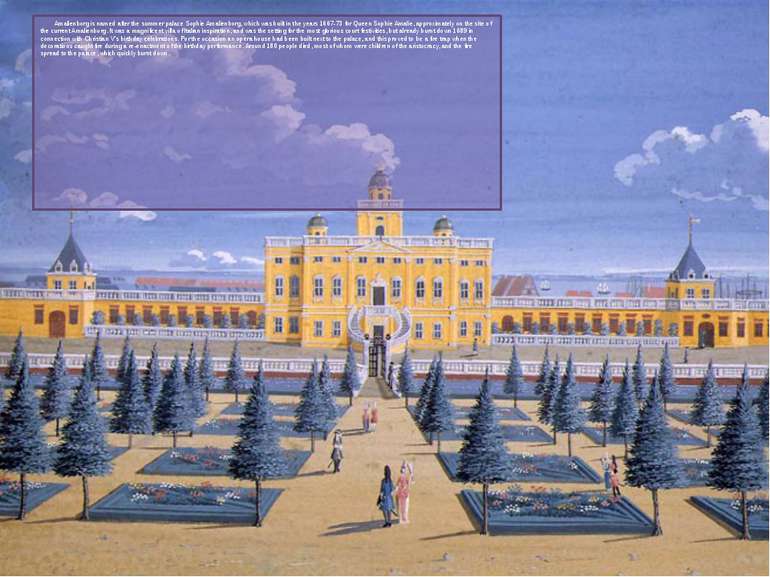 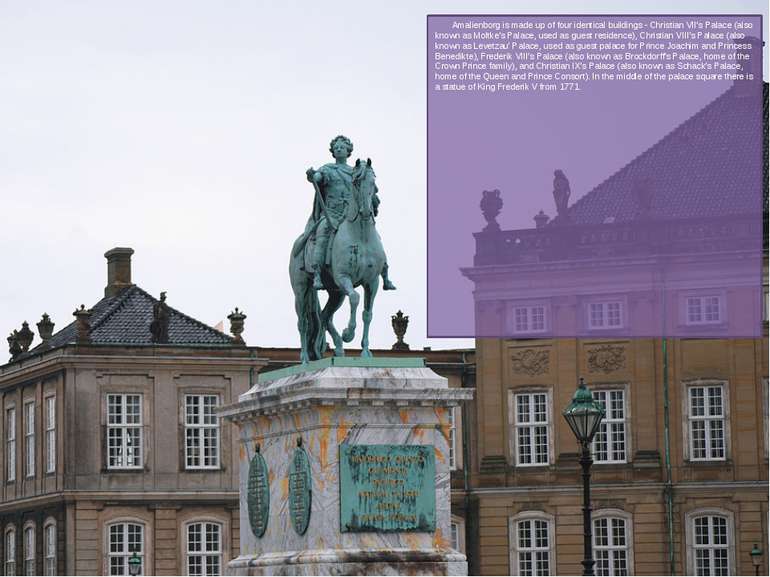 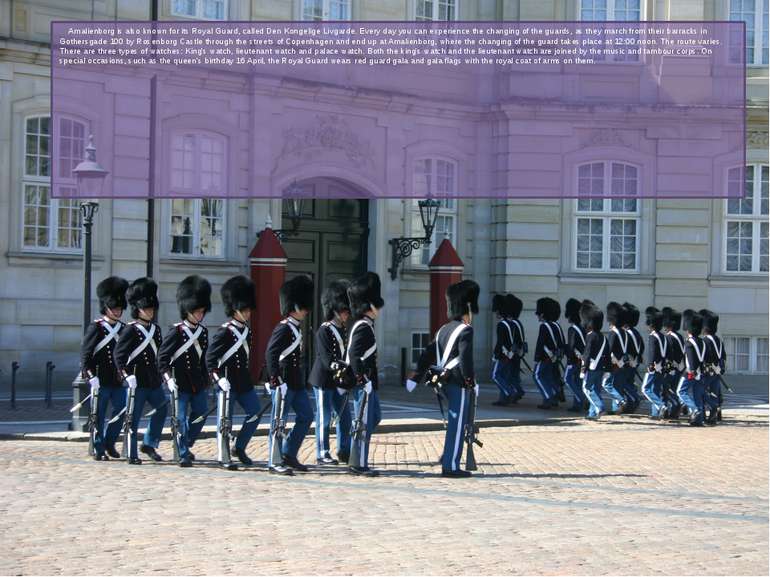 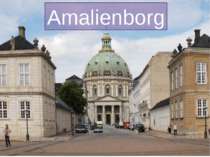 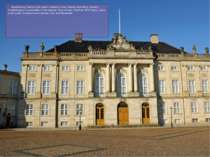 Amalienborg Palace is the winter residence of the Danish royal family. Actually, Amalienborg is an ensemble of four palaces. One of them, Christian VII's Palace, opens to the public for guided tours between July and September. 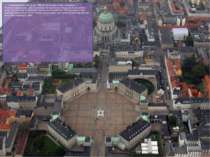 Amalienborg was built in the 1750s as the midpoint of the surrounding Frederiksstaden quarter, which comprises the strip between Bredgade Street and the quay, stretching from Sankt Annæ Square to the Kastellet fort. The four palaces were originally built as homes for the nobility, but were taken over by the Royal Family after the fire at Christiansborg in 1794. 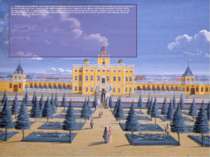 Amalienborg is named after the summer palace Sophie Amalienborg, which was built in the years 1667-73 for Queen Sophie Amalie, approximately on the site of the current Amalienborg. It was a magnificent villa of Italian inspiration, and was the setting for the most glorious court festivities, but already burnt down 1689 in connection with Christian V’s birthday celebrations. For the occasion an opera house had been built next to the palace, and this proved to be a fire trap when the decorations caught fire during a re-enactment of the birthday performance. Around 180 people died, most of whom were children of the aristocracy, and the fire spread to the palace, which quickly burnt down. 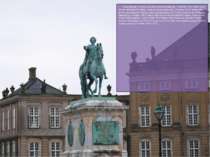 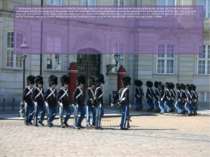 Amalienborg is also known for its Royal Guard, called Den Kongelige Livgarde. Every day you can experience the changing of the guards, as they march from their barracks in Gothersgade 100 by Rosenborg Castle through the streets of Copenhagen and end up at Amalienborg, where the changing of the guard takes place at 12:00 noon. The route varies. There are three types of watches: King's watch, lieutenant watch and palace watch. Both the king's watch and the lieutenant watch are joined by the music and tambour corps. On special occasions, such as the queen's birthday 16 April, the Royal Guard wears red guard gala and gala flags with the royal coat of arms on them.