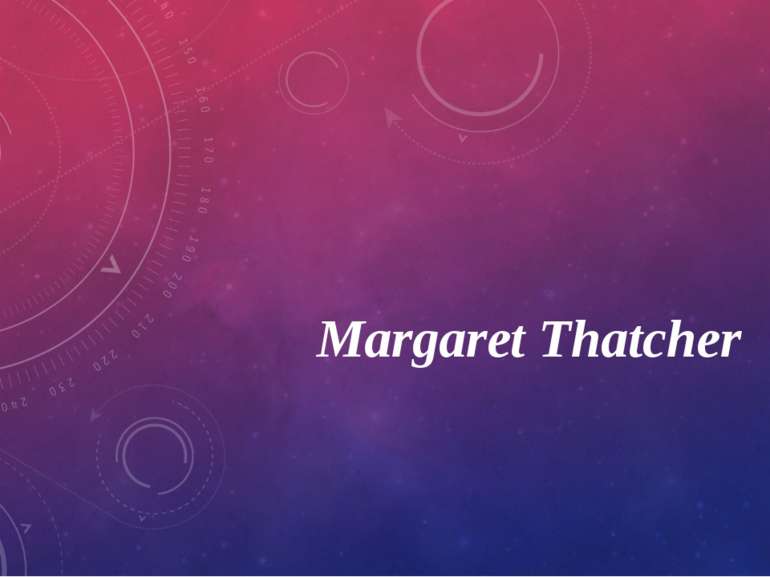 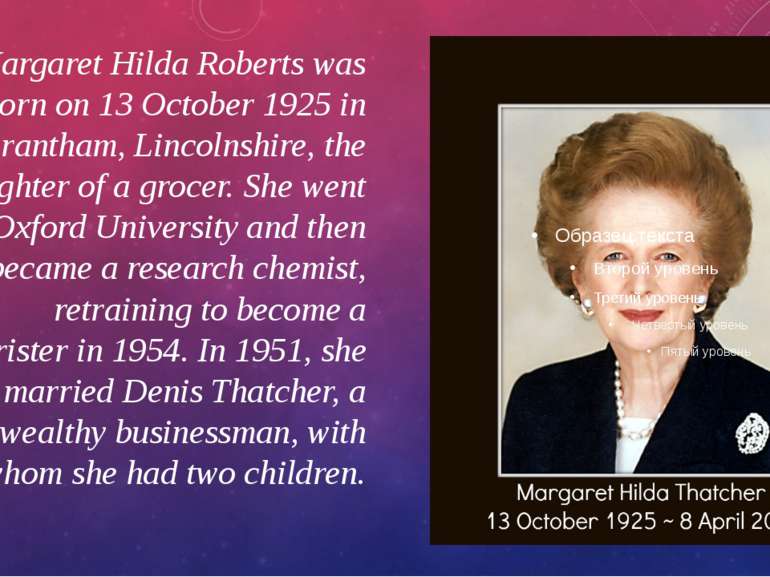 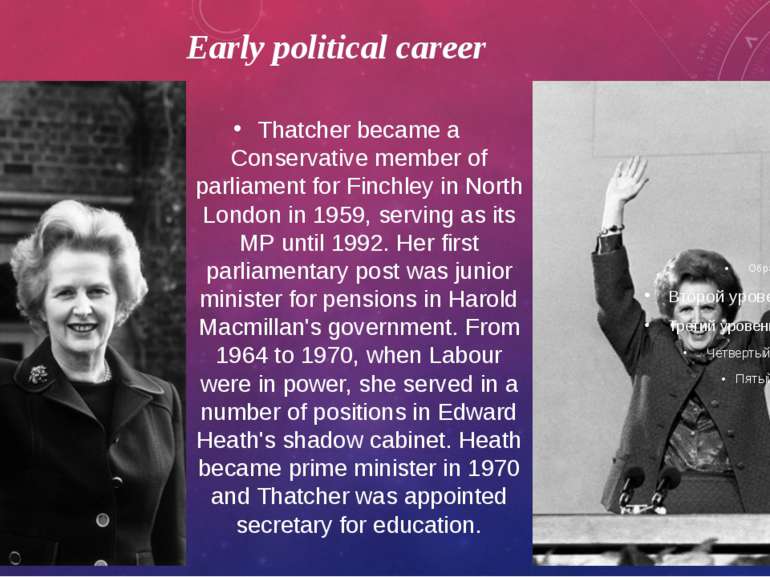 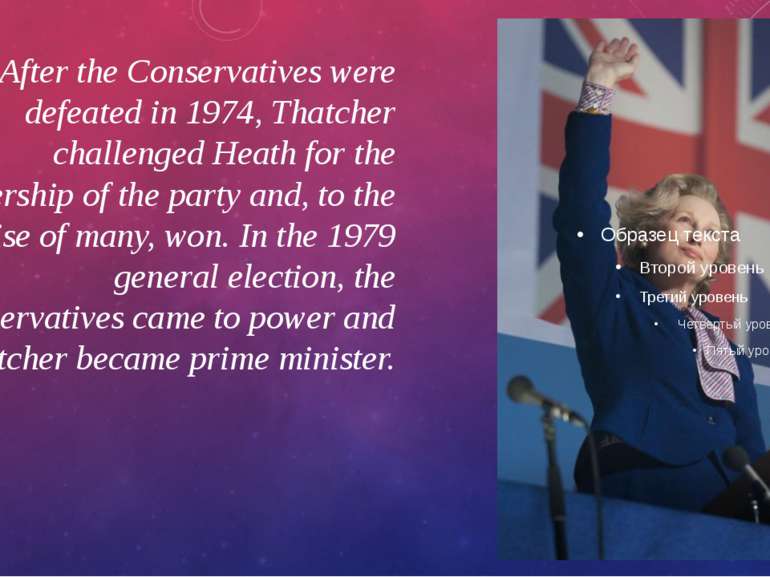 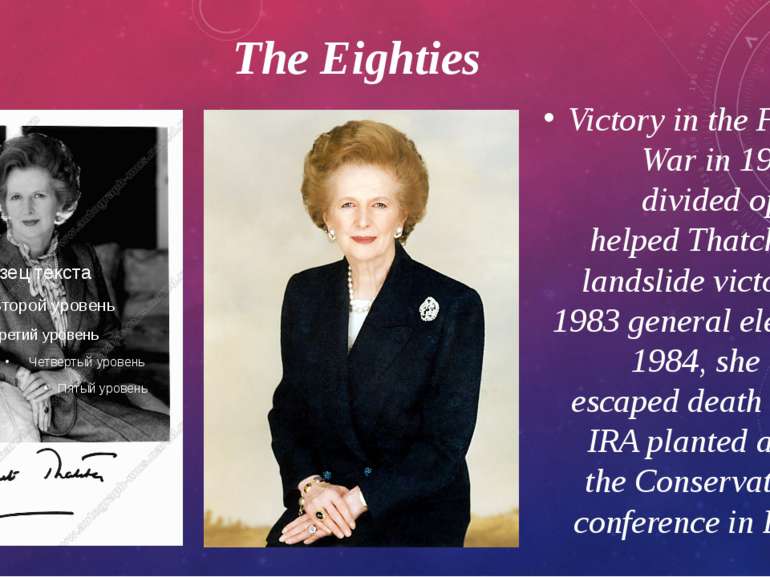 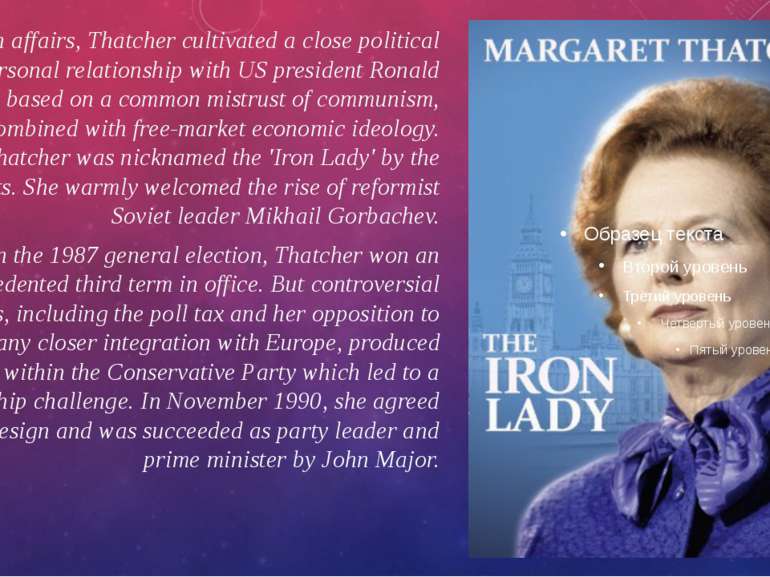 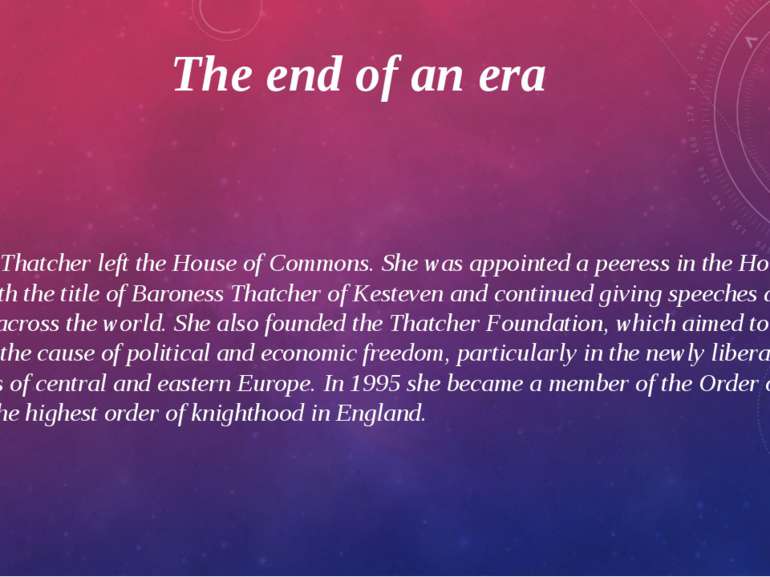 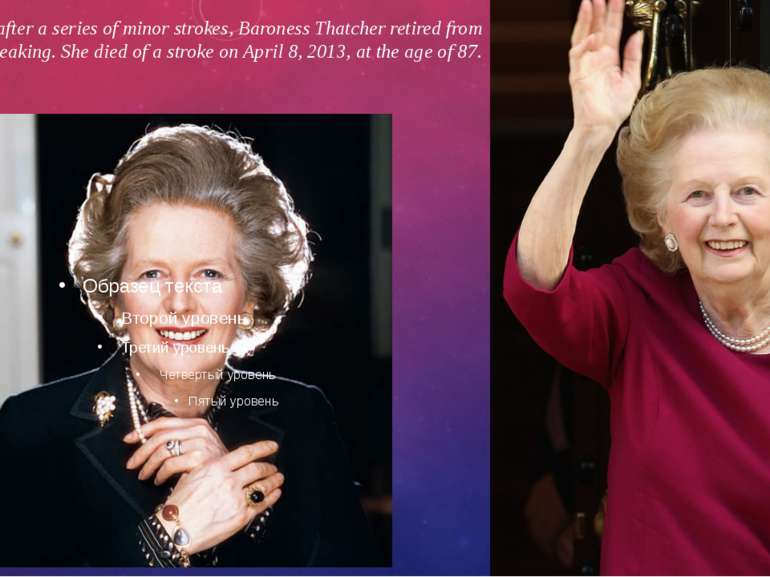 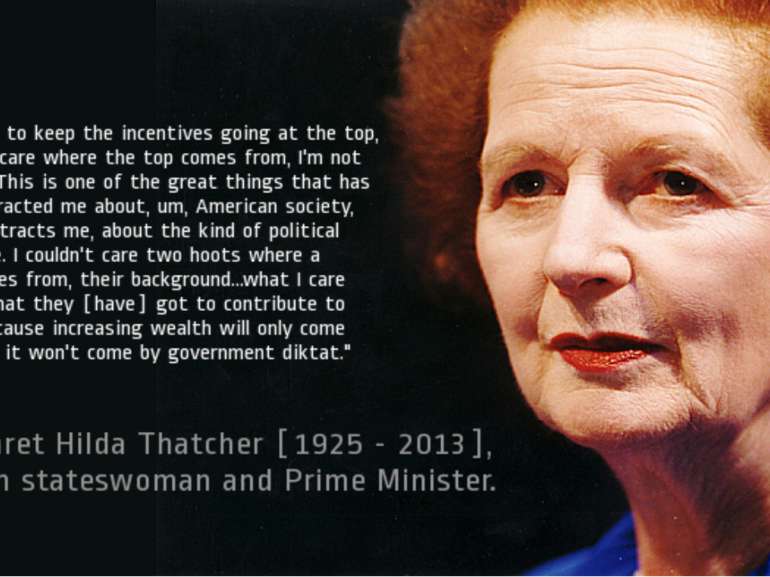 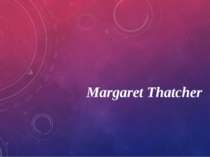 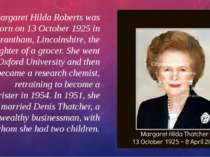 Margaret Hilda Roberts was born on 13 October 1925 in Grantham, Lincolnshire, the daughter of a grocer. She went to Oxford University and then became a research chemist, retraining to become a barrister in 1954. In 1951, she married Denis Thatcher, a wealthy businessman, with whom she had two children. 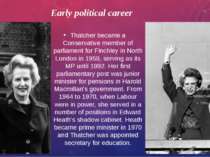 Early political career Thatcher became a Conservative member of parliament for Finchley in North London in 1959, serving as its MP until 1992. Her first parliamentary post was junior minister for pensions in Harold Macmillan's government. From 1964 to 1970, when Labour were in power, she served in a number of positions in Edward Heath's shadow cabinet. Heath became prime minister in 1970 and Thatcher was appointed secretary for education. 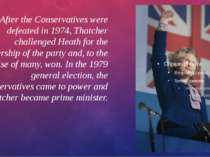 After the Conservatives were defeated in 1974, Thatcher challenged Heath for the leadership of the party and, to the surprise of many, won. In the 1979 general election, the Conservatives came to power and Thatcher became prime minister. 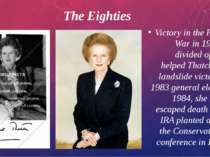 The Eighties Victory in the Falklands War in 1982 and a divided opposition helped Thatcher win a landslide victory in the 1983 general election. In 1984, she narrowly escaped death when the IRA planted a bomb at the Conservative party conference in Brighton. 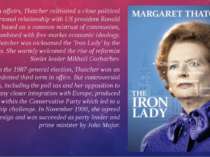 In foreign affairs, Thatcher cultivated a close political and personal relationship with US president Ronald Reagan, based on a common mistrust of communism, combined with free-market economic ideology. Thatcher was nicknamed the 'Iron Lady' by the Soviets. She warmly welcomed the rise of reformist Soviet leader Mikhail Gorbachev. In the 1987 general election, Thatcher won an unprecedented third term in office. But controversial policies, including the poll tax and her opposition to any closer integration with Europe, produced divisions within the Conservative Party which led to a leadership challenge. In November 1990, she agreed to resign and was succeeded as party leader and prime minister by John Major. 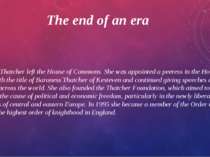 The end of an era In 1992, Thatcher left the House of Commons. She was appointed a peeress in the House of Lords with the title of Baroness Thatcher of Kesteven and continued giving speeches and lectures across the world. She also founded the Thatcher Foundation, which aimed to advance the cause of political and economic freedom, particularly in the newly liberated countries of central and eastern Europe. In 1995 she became a member of the Order of the Garter, the highest order of knighthood in England. 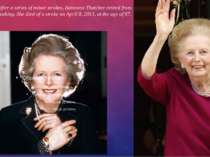 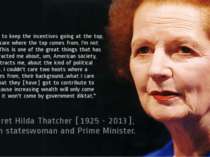 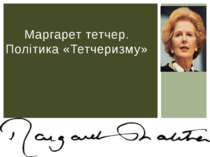 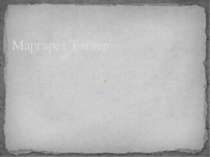 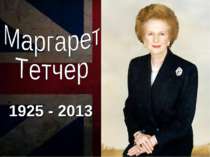