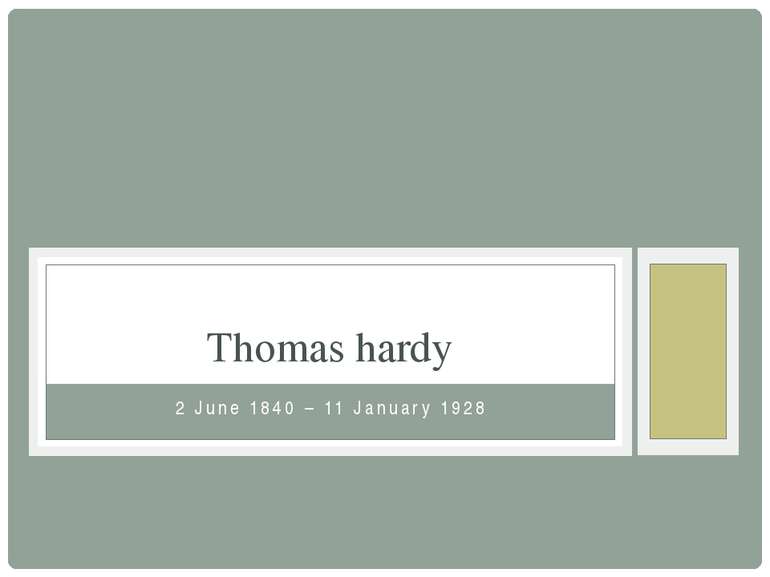 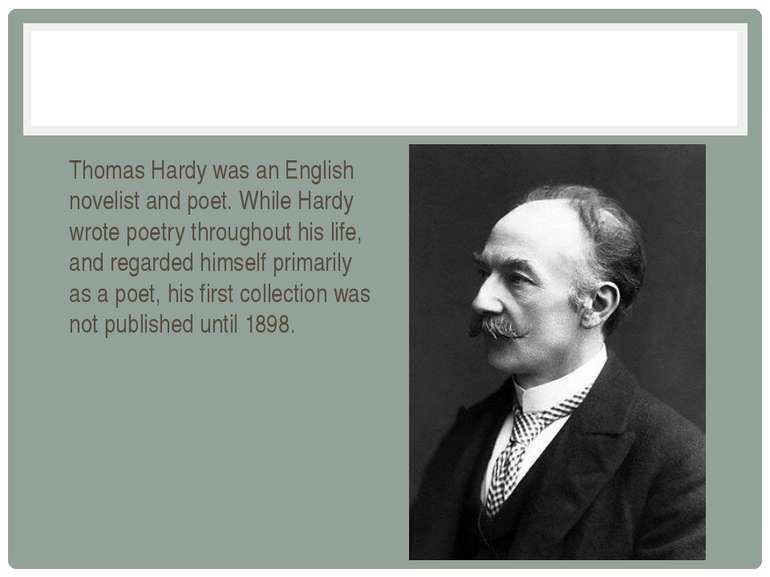 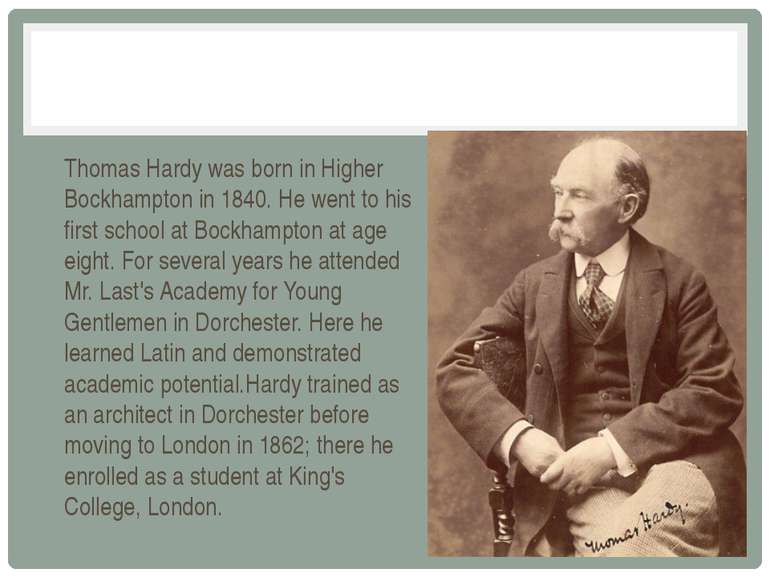 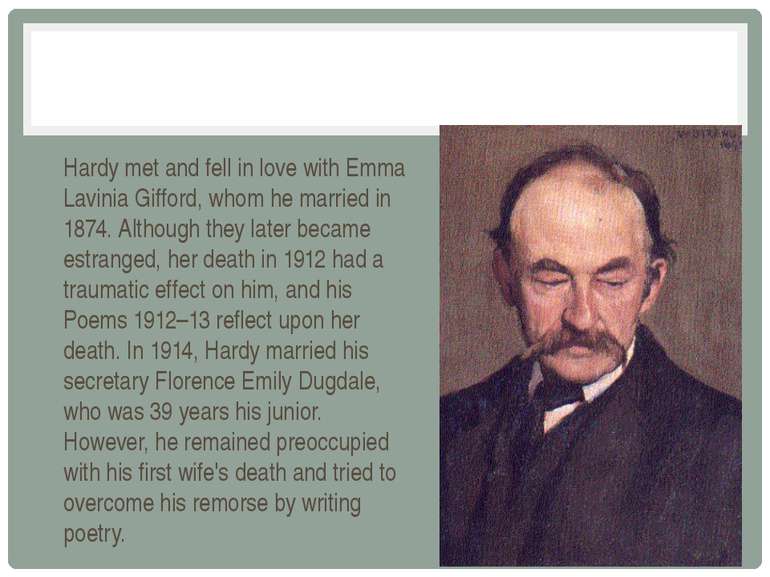 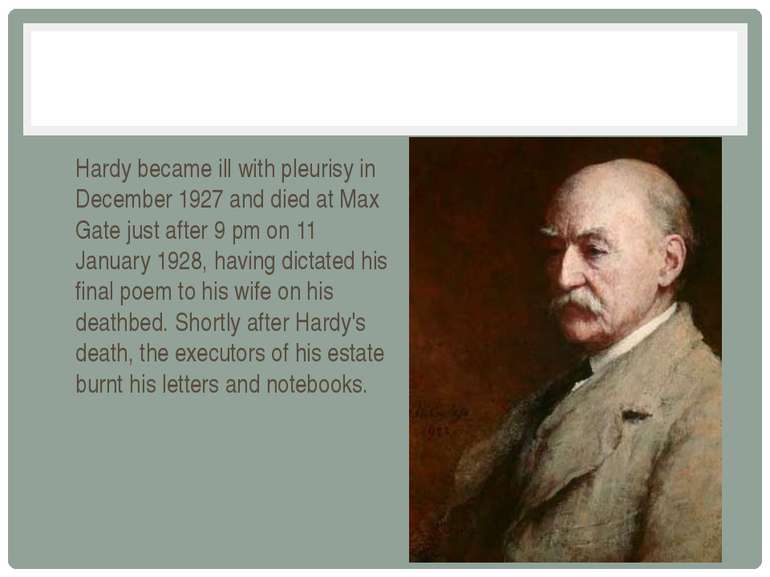 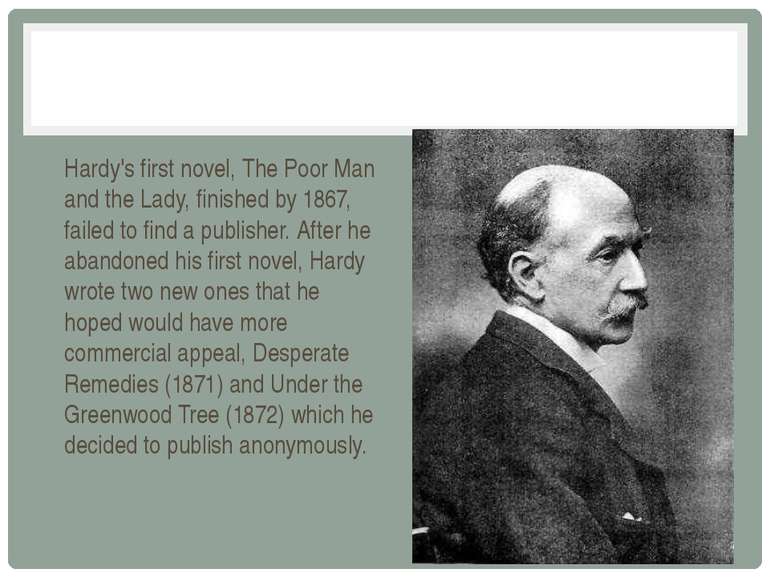 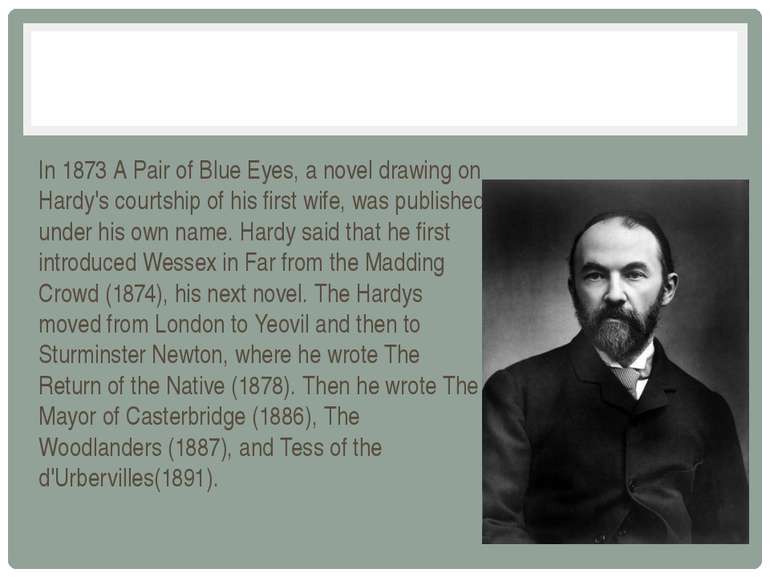 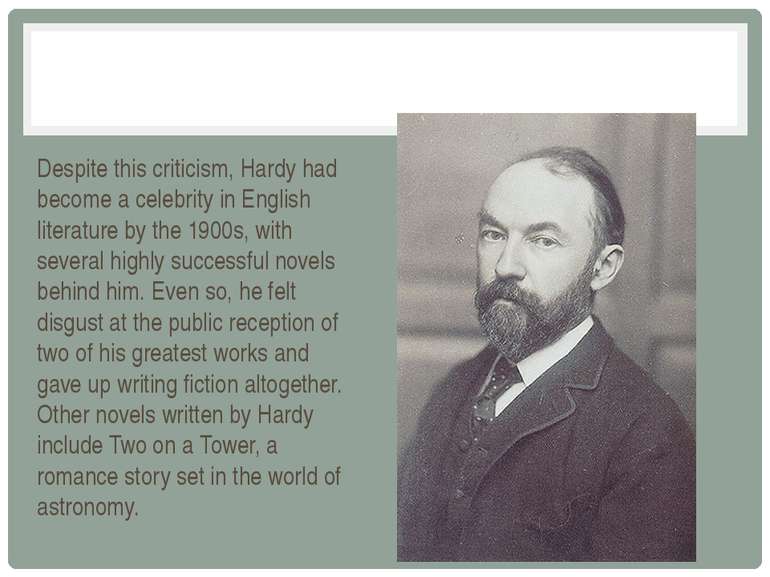 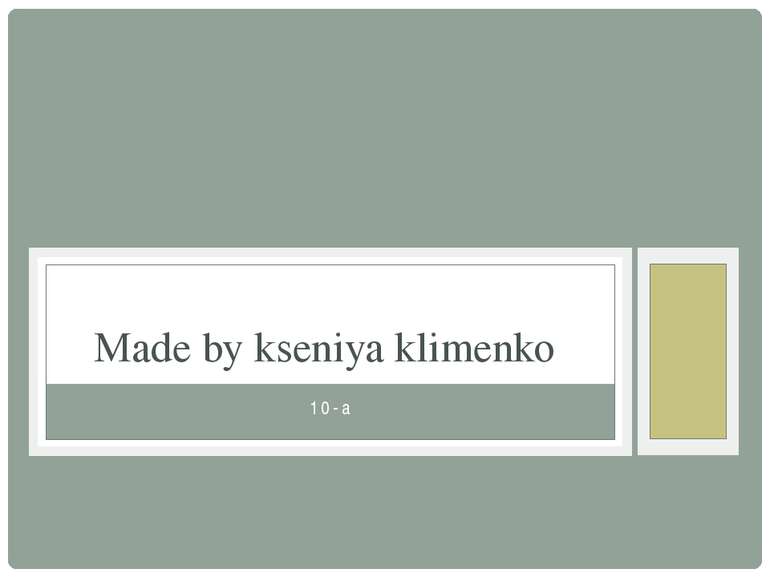 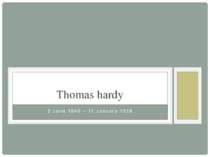 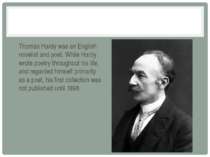 Thomas Hardy was an English novelist and poet. While Hardy wrote poetry throughout his life, and regarded himself primarily as a poet, his first collection was not published until 1898. 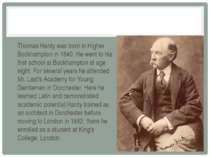 Thomas Hardy was born in Higher Bockhampton in 1840. Нe went to his first school at Bockhampton at age eight. For several years he attended Mr. Last's Academy for Young Gentlemen in Dorchester. Here he learned Latin and demonstrated academic potential.Hardy trained as an architect in Dorchester before moving to London in 1862; there he enrolled as a student at King's College, London. 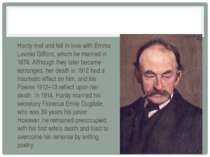 Hardy met and fell in love with Emma Lavinia Gifford, whom he married in 1874. Although they later became estranged, her death in 1912 had a traumatic effect on him, and his Poems 1912–13 reflect upon her death. In 1914, Hardy married his secretary Florence Emily Dugdale, who was 39 years his junior. However, he remained preoccupied with his first wife's death and tried to overcome his remorse by writing poetry. 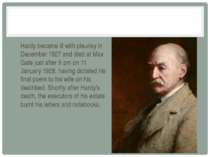 Hardy became ill with pleurisy in December 1927 and died at Max Gate just after 9 pm on 11 January 1928, having dictated his final poem to his wife on his deathbed. Shortly after Hardy's death, the executors of his estate burnt his letters and notebooks. 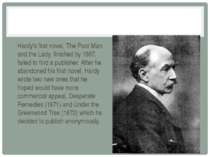 Hardy's first novel, The Poor Man and the Lady, finished by 1867, failed to find a publisher. After he abandoned his first novel, Hardy wrote two new ones that he hoped would have more commercial appeal, Desperate Remedies (1871) and Under the Greenwood Tree (1872) which he decided to publish anonymously. 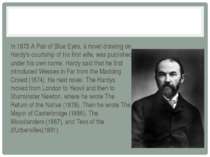 In 1873 A Pair of Blue Eyes, a novel drawing on Hardy's courtship of his first wife, was published under his own name. Hardy said that he first introduced Wessex in Far from the Madding Crowd (1874), his next novel. The Hardys moved from London to Yeovil and then to Sturminster Newton, where he wrote The Return of the Native (1878). Then he wrote The Mayor of Casterbridge (1886), The Woodlanders (1887), and Tess of the d'Urbervilles(1891). 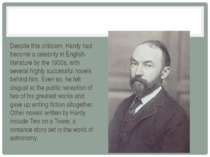 Despite this criticism, Hardy had become a celebrity in English literature by the 1900s, with several highly successful novels behind him. Even so, he felt disgust at the public reception of two of his greatest works and gave up writing fiction altogether. Other novels written by Hardy include Two on a Tower, a romance story set in the world of astronomy. 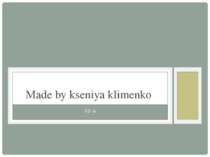 10-a Made by kseniya klimenko 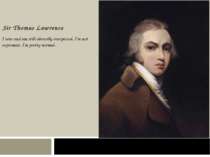 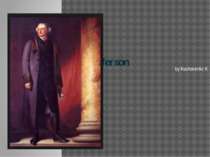 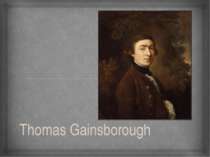