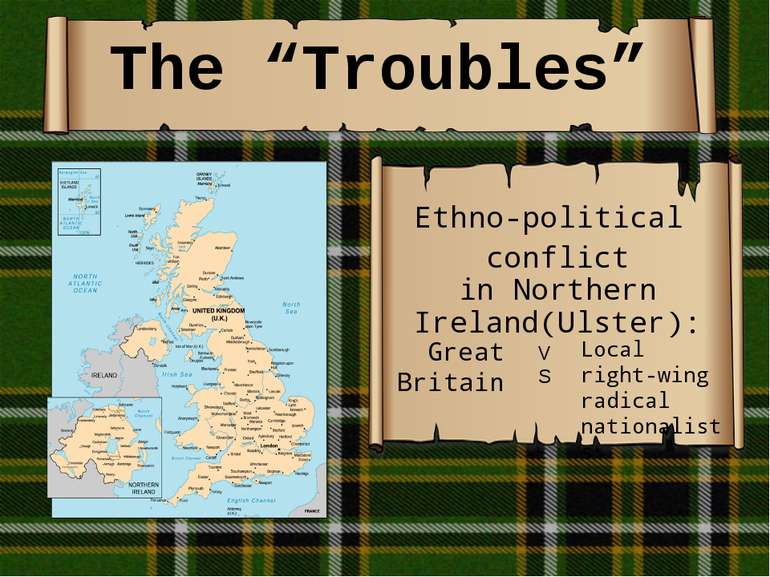 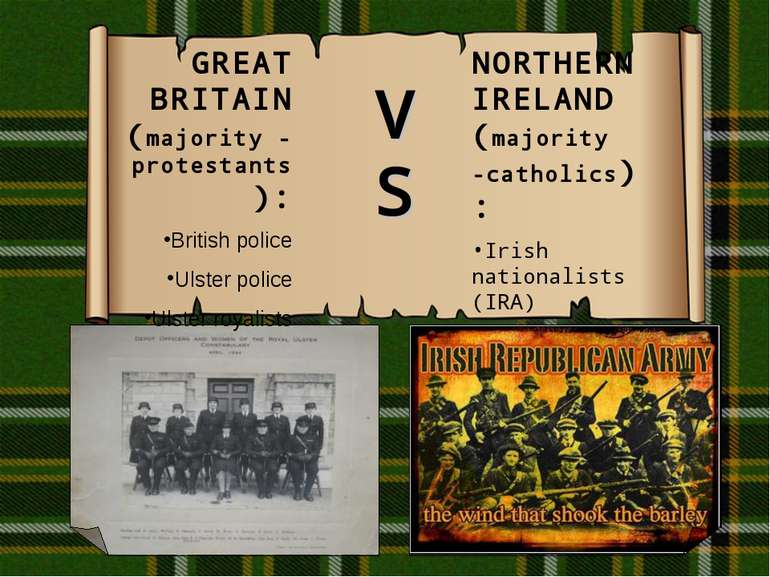 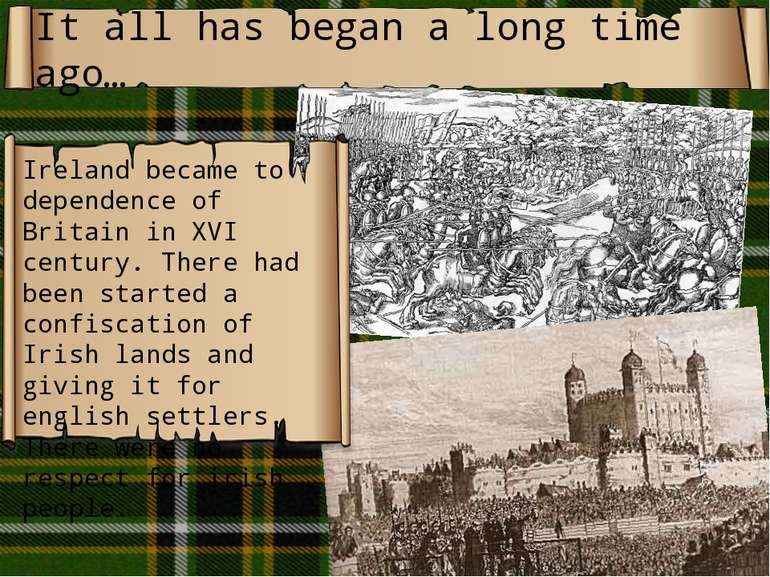 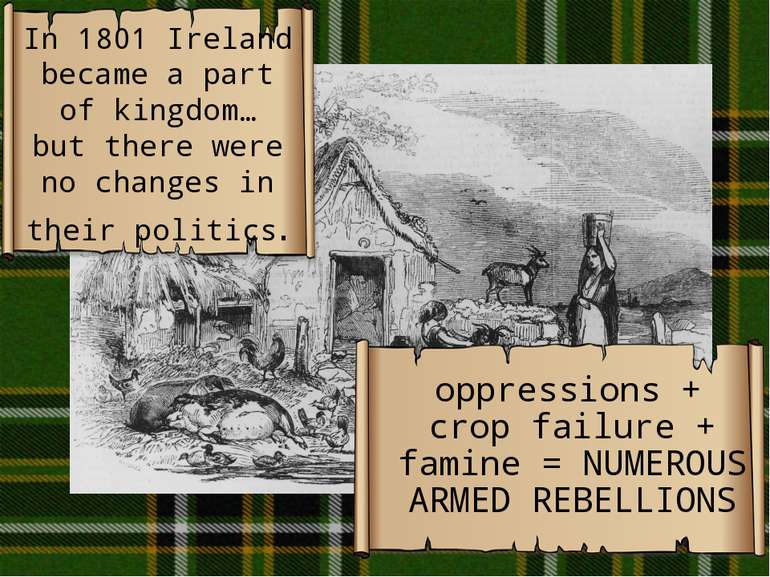 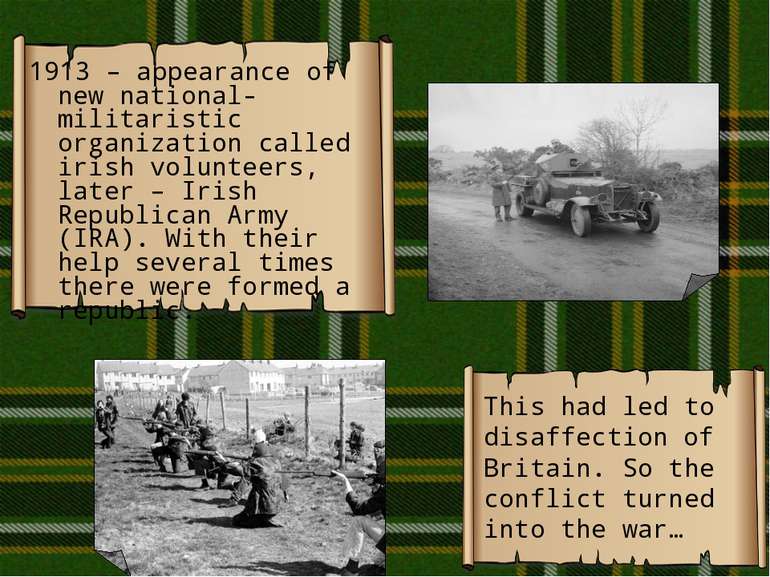 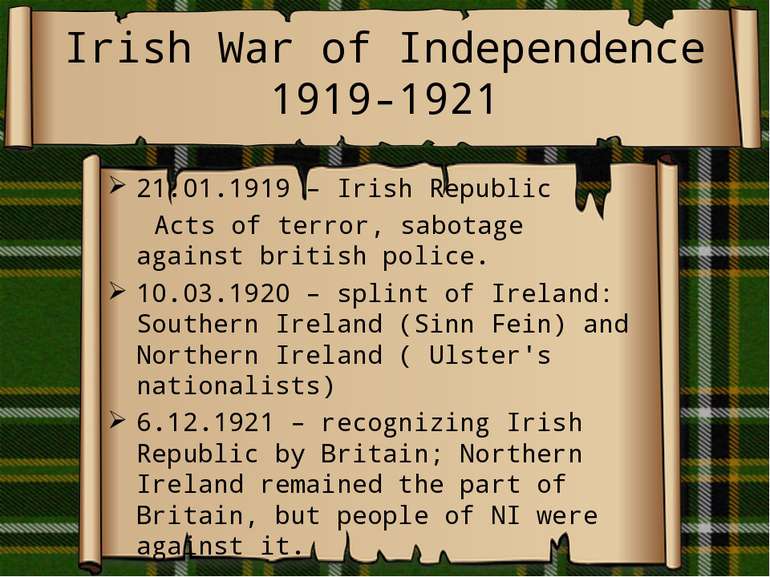 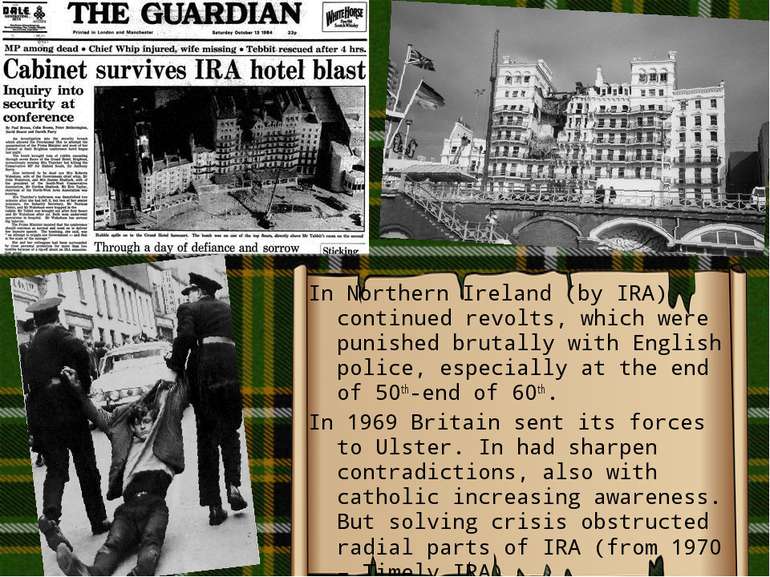 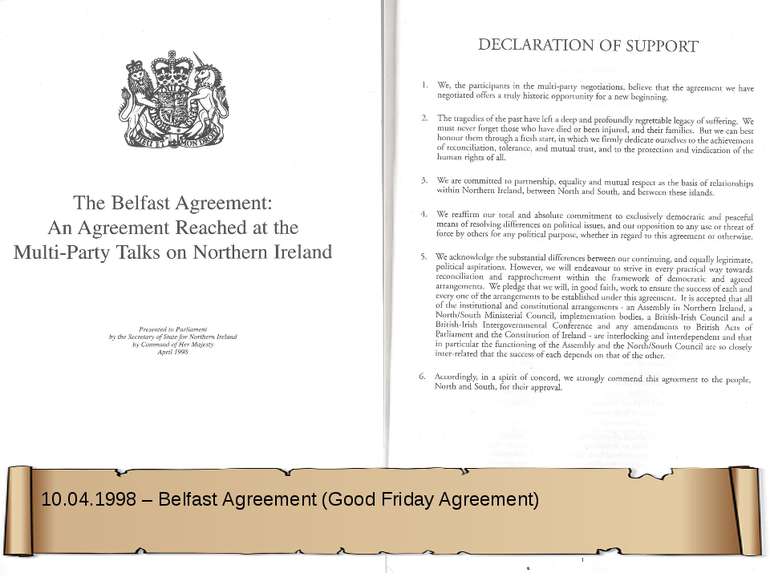 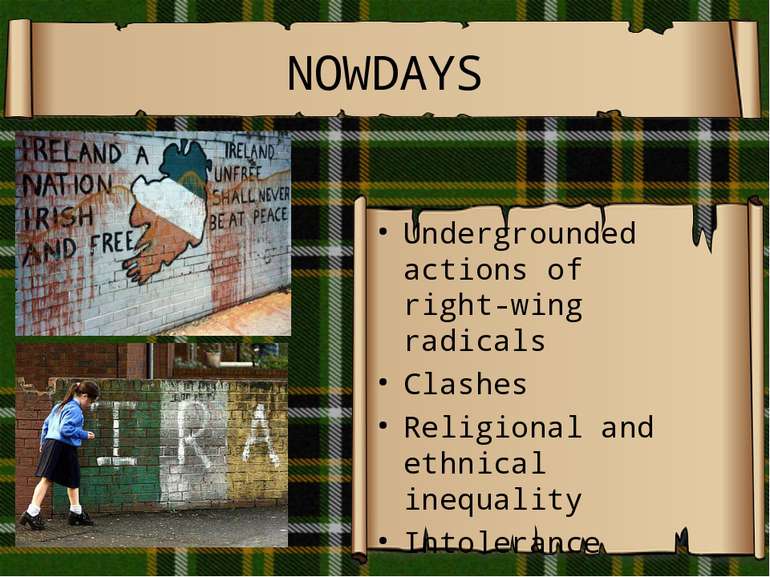 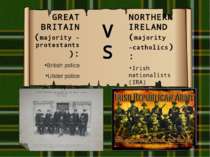 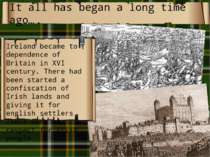 It all has began a long time ago… Ireland became to dependence of Britain in XVI century. There had been started a confiscation of Irish lands and giving it for english settlers. There were no respect for irish people. 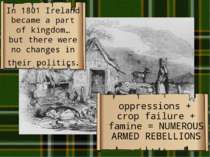 In 1801 Ireland became a part of kingdom… but there were no changes in their politics. oppressions + crop failure + famine = NUMEROUS ARMED REBELLIONS 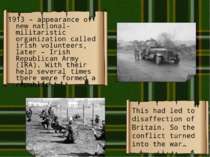 1913 – appearance of new national-militaristic organization called irish volunteers, later – Irish Republican Army (IRA). With their help several times there were formed a republic. This had led to disaffection of Britain. So the conflict turned into the war… 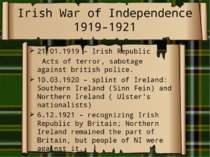 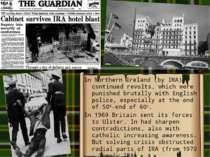 In Northern Ireland (by IRA) continued revolts, which were punished brutally with English police, especially at the end of 50th-end of 60th. In 1969 Britain sent its forces to Ulster. In had sharpen contradictions, also with catholic increasing awareness. But solving crisis obstructed radial parts of IRA (from 1970 – Timely IRA). 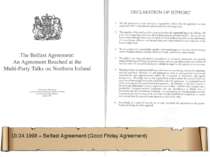 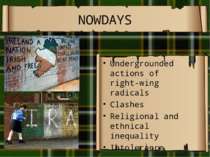