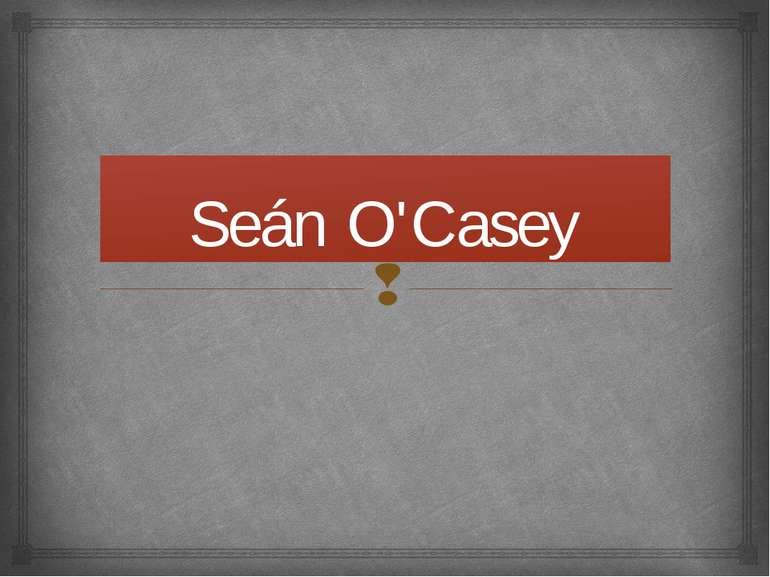 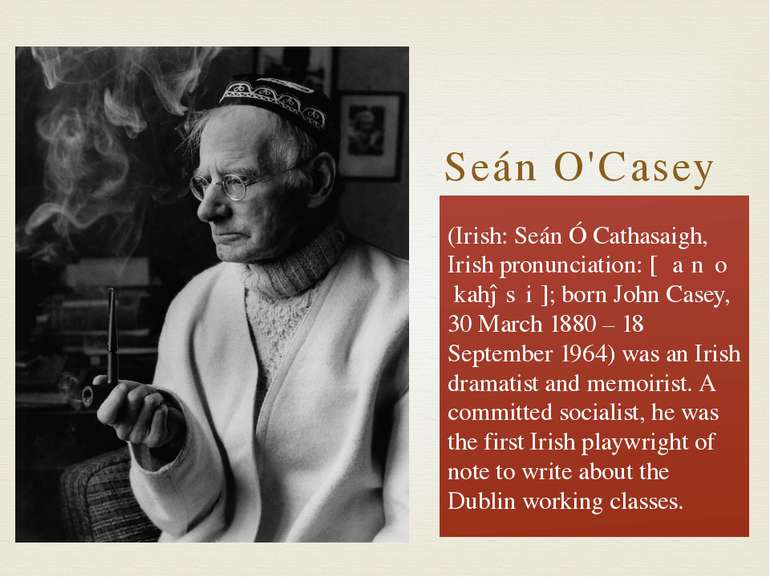 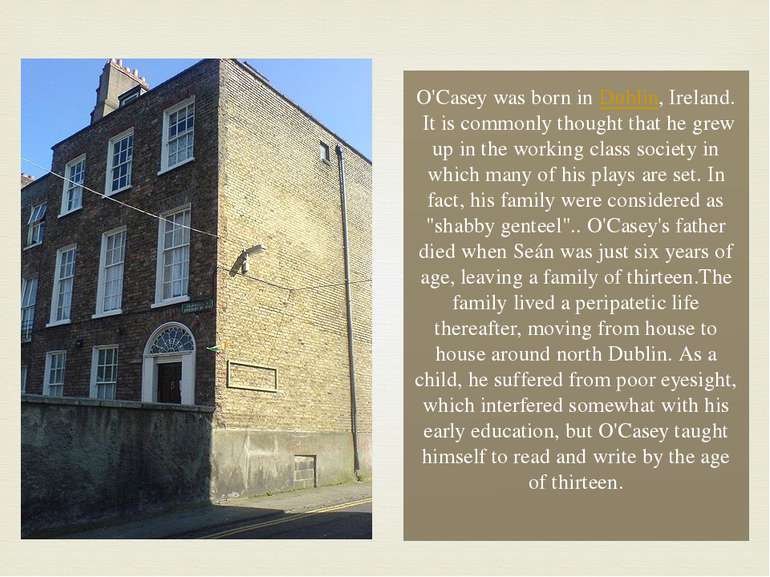 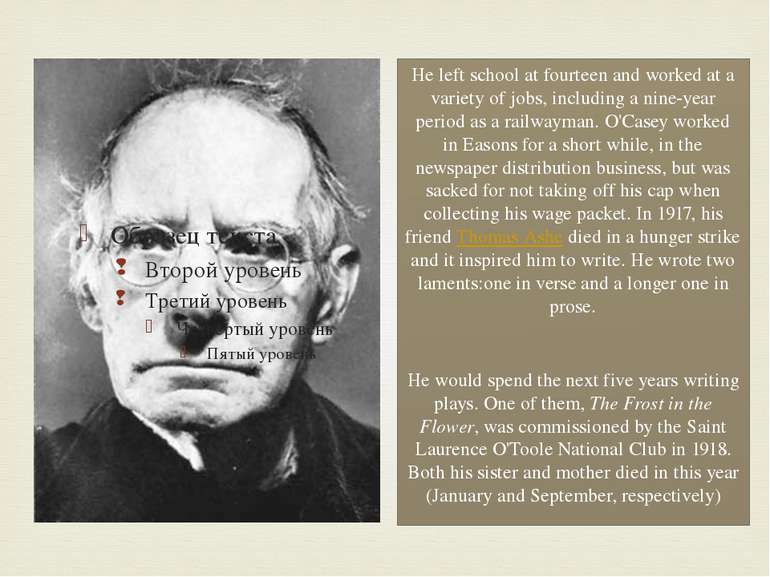 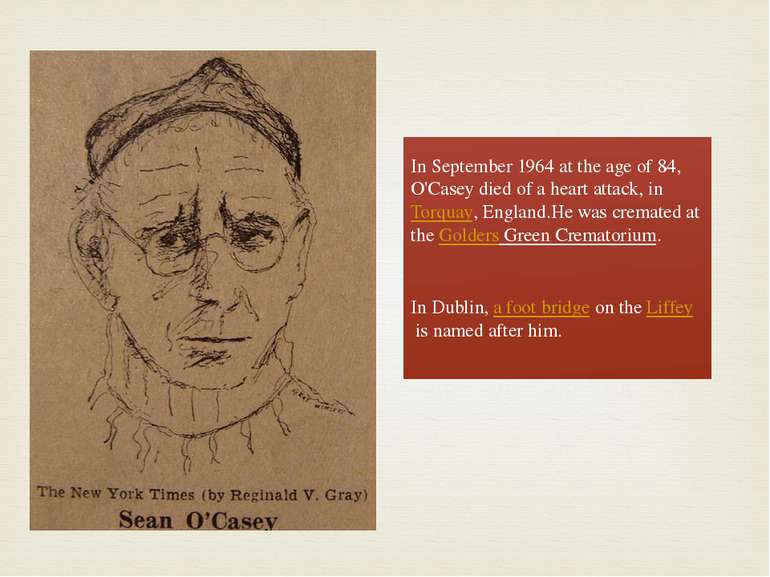 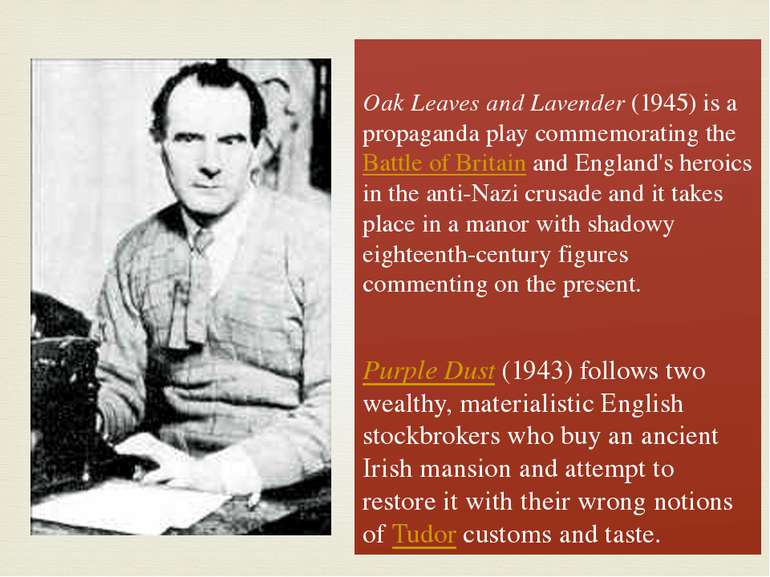 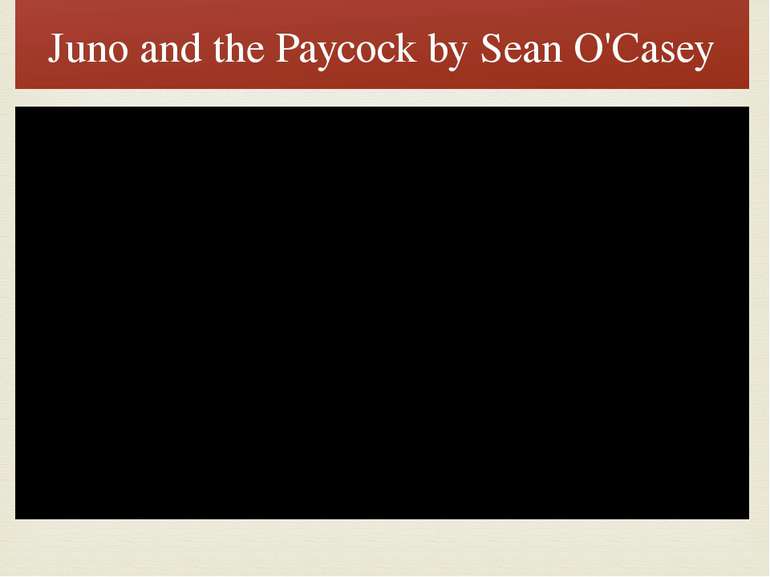 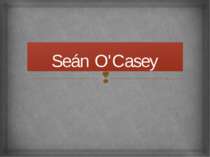 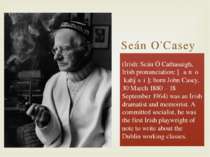 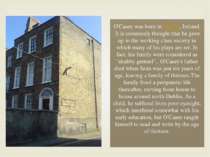 O'Casey was born in Dublin, Ireland.  It is commonly thought that he grew up in the working class society in which many of his plays are set. In fact, his family were considered as "shabby genteel".. O'Casey's father died when Seán was just six years of age, leaving a family of thirteen.The family lived a peripatetic life thereafter, moving from house to house around north Dublin. As a child, he suffered from poor eyesight, which interfered somewhat with his early education, but O'Casey taught himself to read and write by the age of thirteen. 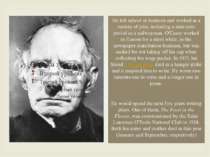 He left school at fourteen and worked at a variety of jobs, including a nine-year period as a railwayman. O'Casey worked in Easons for a short while, in the newspaper distribution business, but was sacked for not taking off his cap when collecting his wage packet. In 1917, his friend Thomas Ashe died in a hunger strike and it inspired him to write. He wrote two laments:one in verse and a longer one in prose. He would spend the next five years writing plays. One of them, The Frost in the Flower, was commissioned by the Saint Laurence O'Toole National Club in 1918. Both his sister and mother died in this year (January and September, respectively) 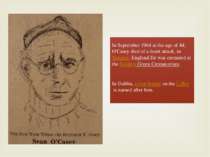 In September 1964 at the age of 84, O'Casey died of a heart attack, in Torquay, England.He was cremated at the Golders Green Crematorium. In Dublin, a foot bridge on the Liffey is named after him. 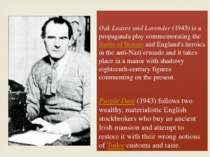 Oak Leaves and Lavender (1945) is a propaganda play commemorating the Battle of Britain and England's heroics in the anti-Nazi crusade and it takes place in a manor with shadowy eighteenth-century figures commenting on the present. Purple Dust (1943) follows two wealthy, materialistic English stockbrokers who buy an ancient Irish mansion and attempt to restore it with their wrong notions of Tudor customs and taste. 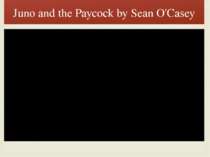 Juno and the Paycock by Sean O'Casey