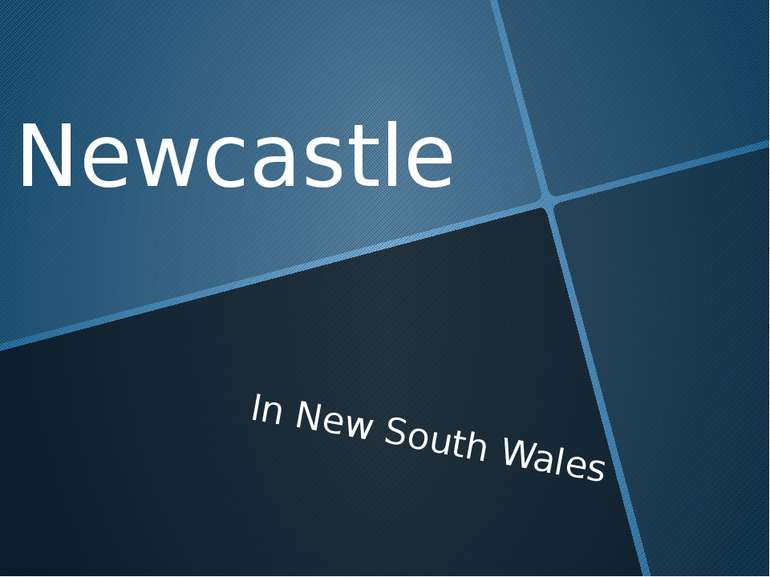 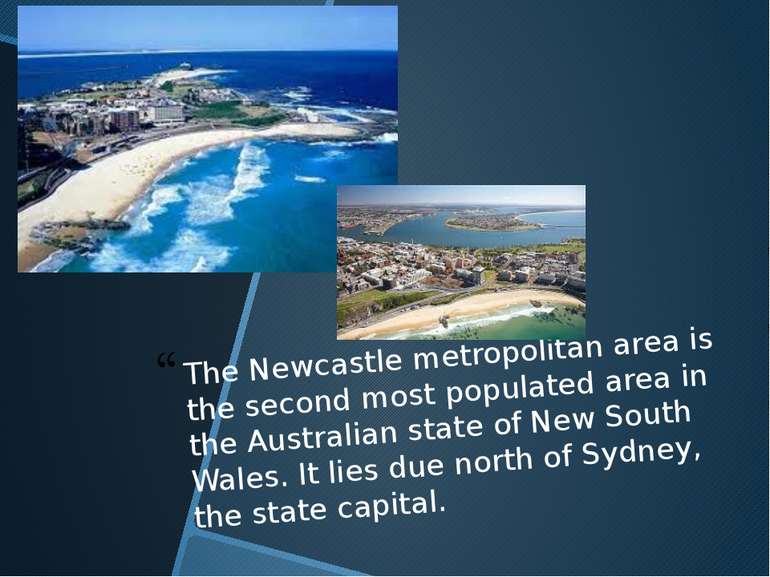 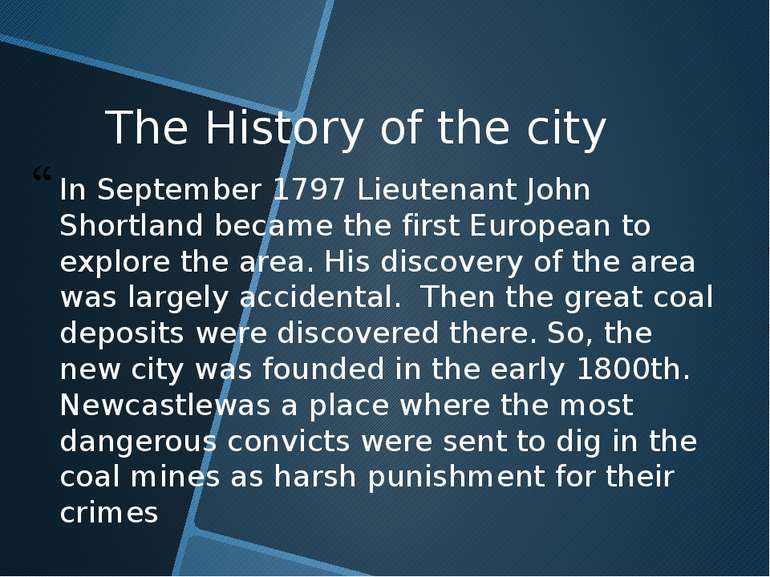 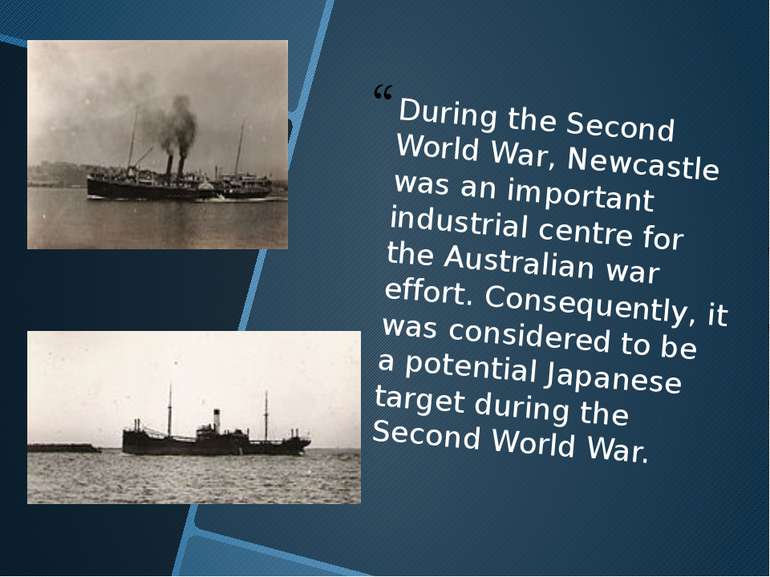 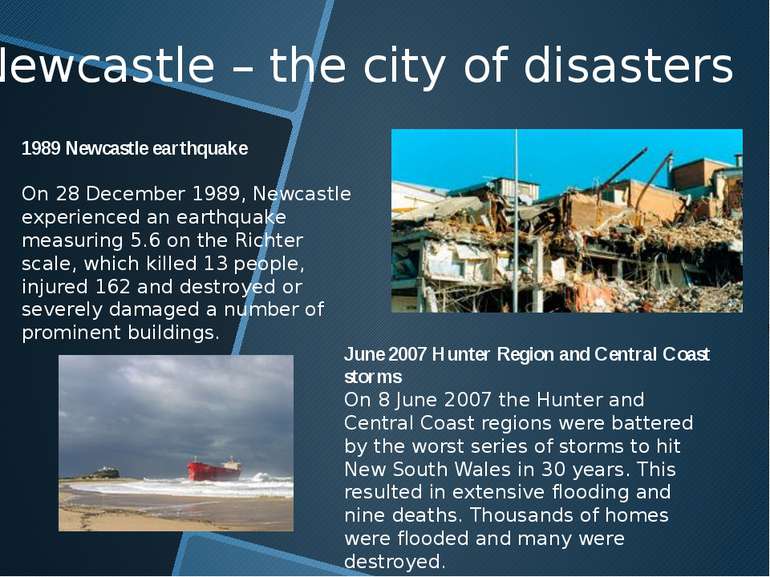 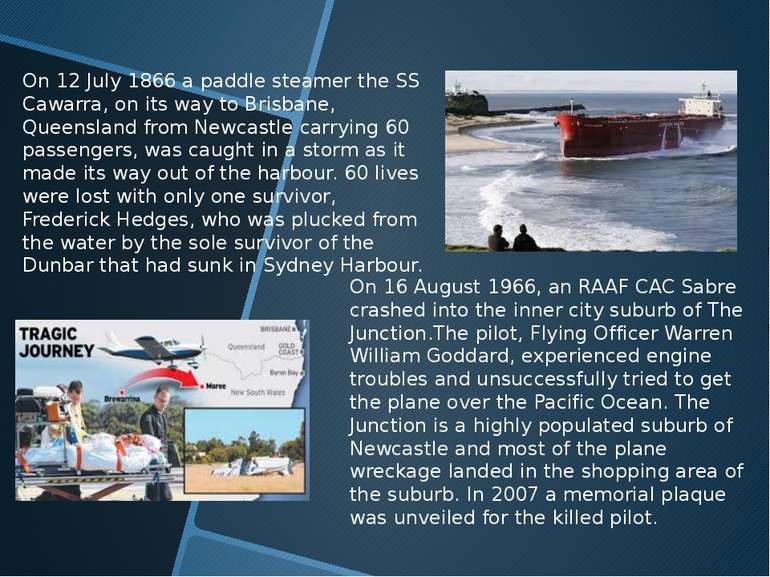 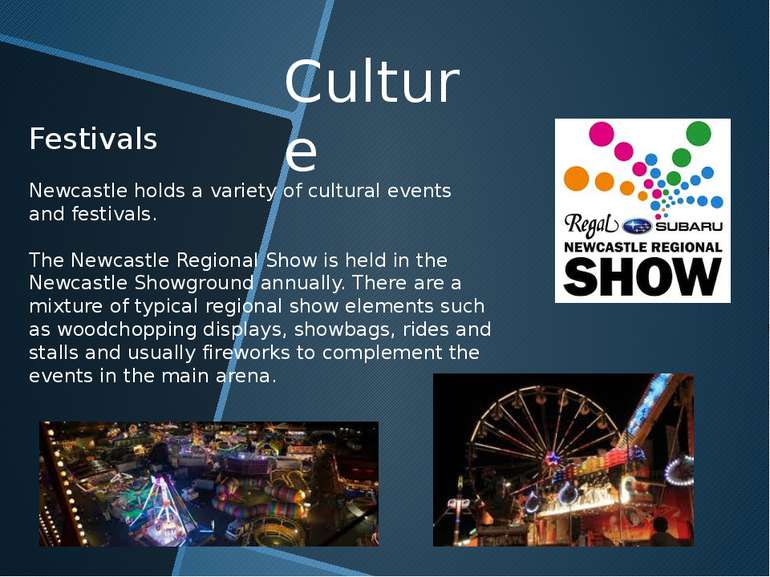 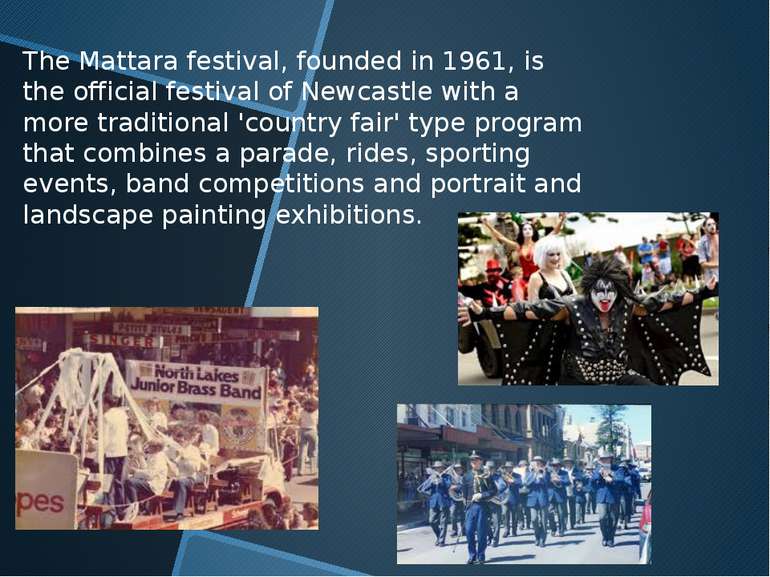 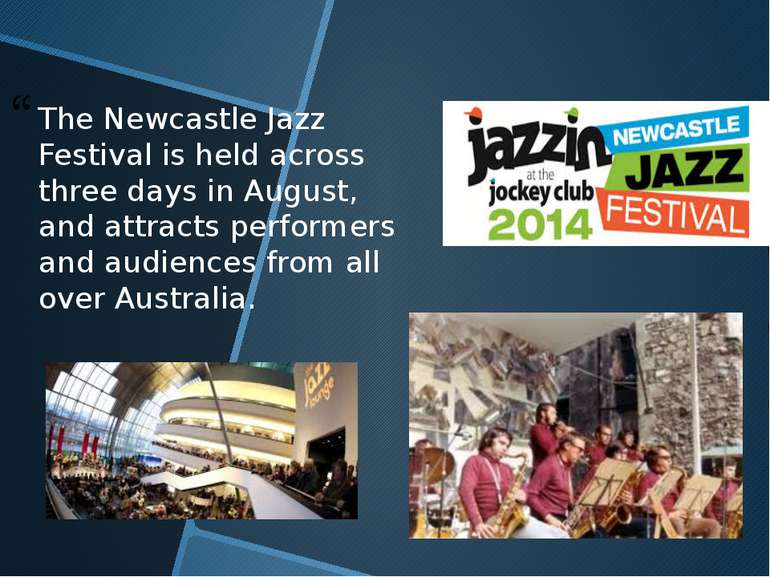 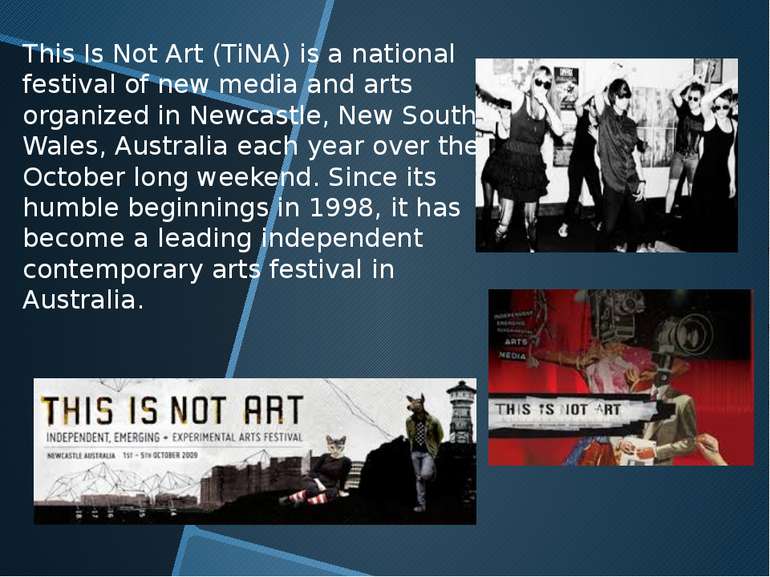 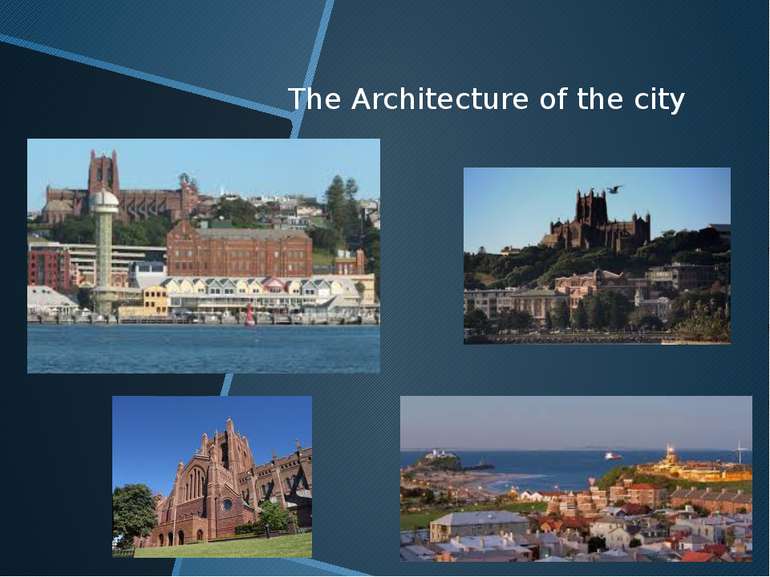 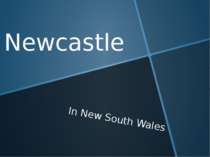 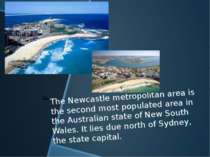 The Newcastle metropolitan area is the second most populated area in the Australian state of New South Wales. It lies due north of Sydney, the state capital. 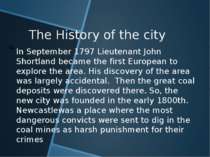 The History of the city In September 1797 Lieutenant John Shortland became the first European to explore the area. His discovery of the area was largely accidental. Then the great coal deposits were discovered there. So, the new city was founded in the early 1800th. Newcastlewas a place where the most dangerous convicts were sent to dig in the coal mines as harsh punishment for their crimes 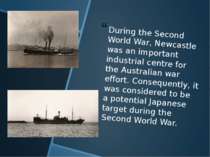 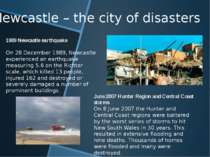 Newcastle – the city of disasters 1989 Newcastle earthquake On 28 December 1989, Newcastle experienced an earthquake measuring 5.6 on the Richter scale, which killed 13 people, injured 162 and destroyed or severely damaged a number of prominent buildings. June 2007 Hunter Region and Central Coast storms On 8 June 2007 the Hunter and Central Coast regions were battered by the worst series of storms to hit New South Wales in 30 years. This resulted in extensive flooding and nine deaths. Thousands of homes were flooded and many were destroyed. 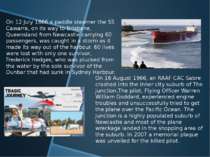 On 12 July 1866 a paddle steamer the SS Cawarra, on its way to Brisbane, Queensland from Newcastle carrying 60 passengers, was caught in a storm as it made its way out of the harbour. 60 lives were lost with only one survivor, Frederick Hedges, who was plucked from the water by the sole survivor of the Dunbar that had sunk in Sydney Harbour. On 16 August 1966, an RAAF CAC Sabre crashed into the inner city suburb of The Junction.The pilot, Flying Officer Warren William Goddard, experienced engine troubles and unsuccessfully tried to get the plane over the Pacific Ocean. The Junction is a highly populated suburb of Newcastle and most of the plane wreckage landed in the shopping area of the suburb. In 2007 a memorial plaque was unveiled for the killed pilot. 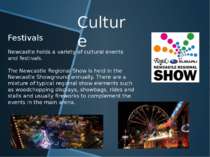 Culture Festivals Newcastle holds a variety of cultural events and festivals. The Newcastle Regional Show is held in the Newcastle Showground annually. There are a mixture of typical regional show elements such as woodchopping displays, showbags, rides and stalls and usually fireworks to complement the events in the main arena. 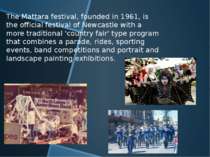 The Mattara festival, founded in 1961, is the official festival of Newcastle with a more traditional 'country fair' type program that combines a parade, rides, sporting events, band competitions and portrait and landscape painting exhibitions. 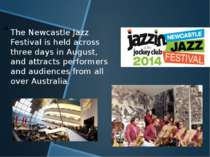 The Newcastle Jazz Festival is held across three days in August, and attracts performers and audiences from all over Australia. 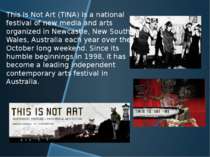 This Is Not Art (TiNA) is a national festival of new media and arts organized in Newcastle, New South Wales, Australia each year over the October long weekend. Since its humble beginnings in 1998, it has become a leading independent contemporary arts festival in Australia. 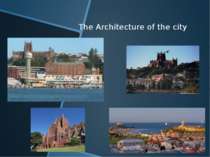 The Architecture of the city