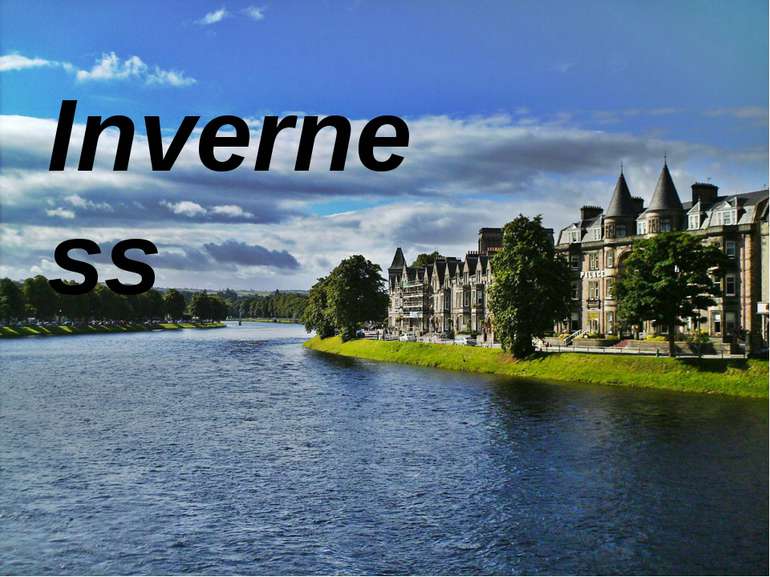 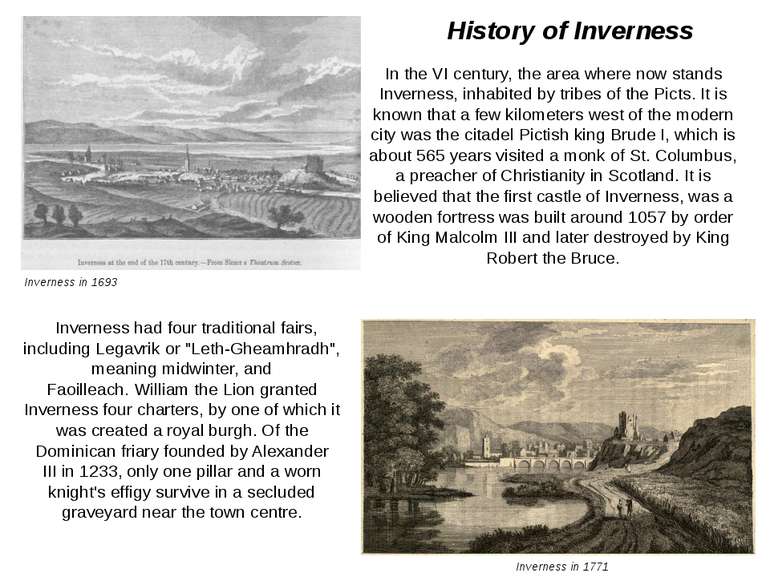 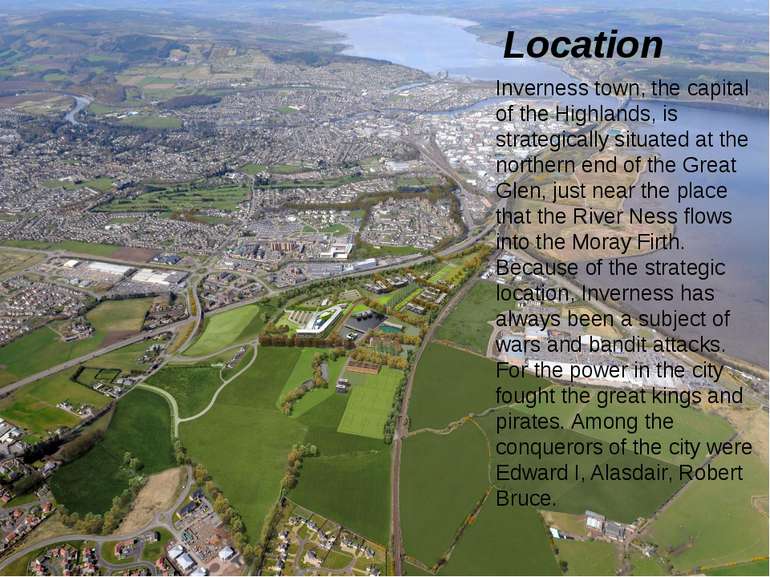 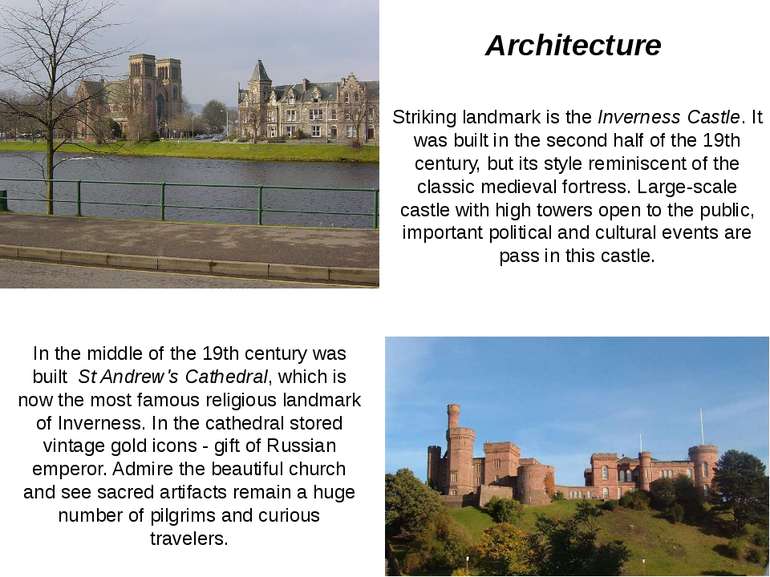 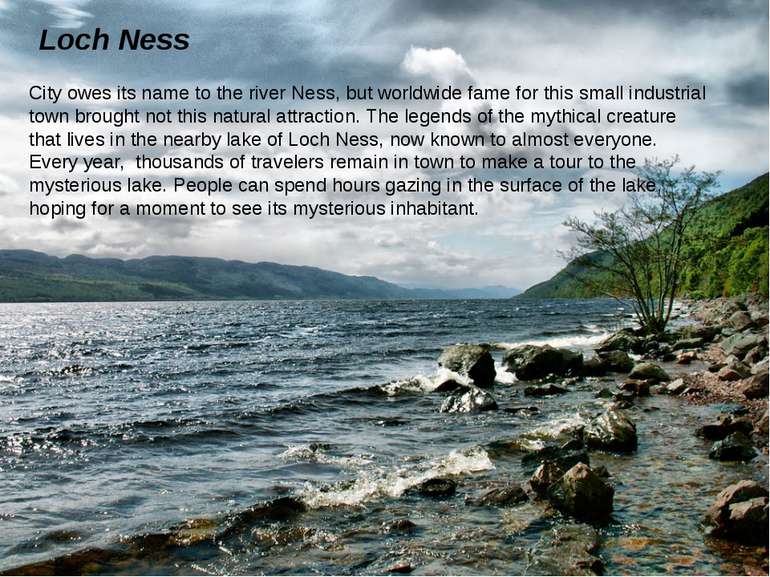 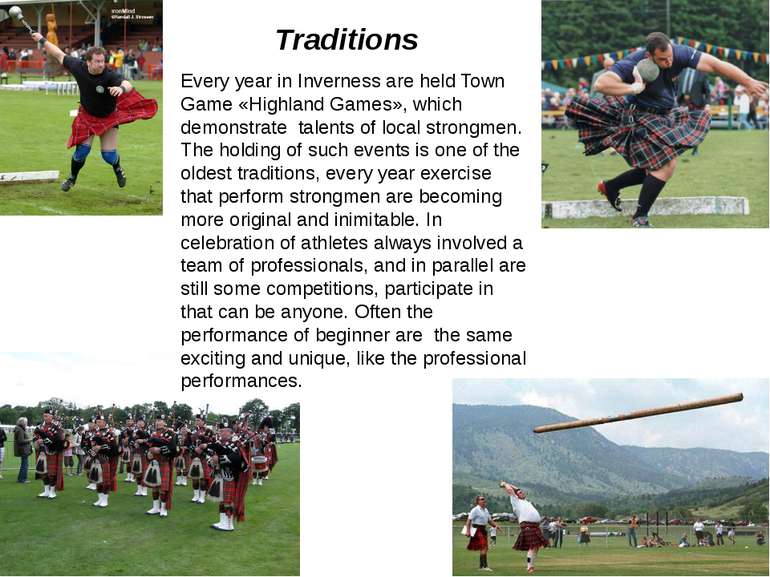 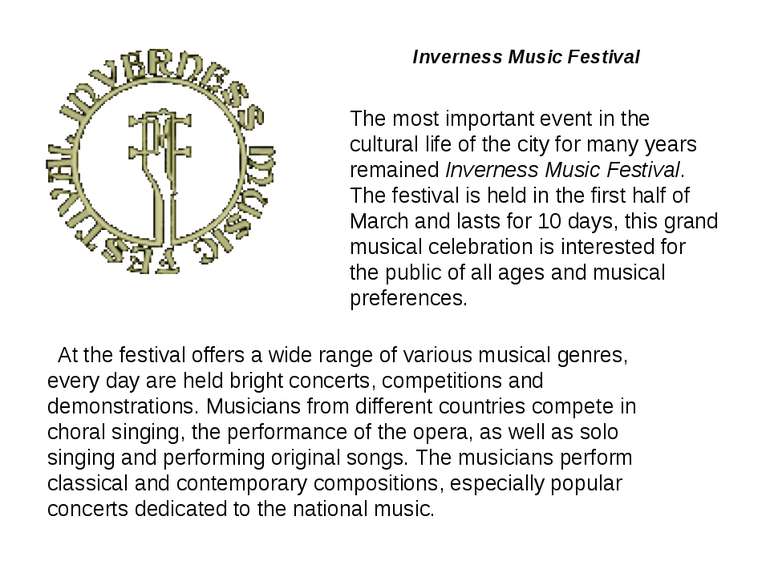 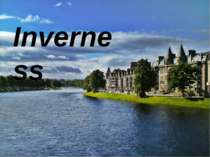 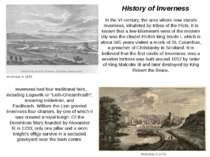 Inverness in 1771 Inverness in 1693 History of Inverness In the VI century, the area where now stands Inverness, inhabited by tribes of the Picts. It is known that a few kilometers west of the modern city was the citadel Pictish king Brude I, which is about 565 years visited a monk of St. Columbus, a preacher of Christianity in Scotland. It is believed that the first castle of Inverness, was a wooden fortress was built around 1057 by order of King Malcolm III and later destroyed by King Robert the Bruce. Inverness had four traditional fairs, including Legavrik or "Leth-Gheamhradh", meaning midwinter, and Faoilleach. William the Lion granted Inverness four charters, by one of which it was created a royal burgh. Of the Dominican friary founded by Alexander III in 1233, only one pillar and a worn knight's effigy survive in a secluded graveyard near the town centre. 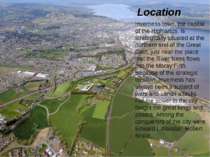 Location Inverness town, the capital of the Highlands, is strategically situated at the northern end of the Great Glen, just near the place that the River Ness flows into the Moray Firth. Because of the strategic location, Inverness has always been a subject of wars and bandit attacks. For the power in the city fought the great kings and pirates. Among the conquerors of the city were Edward I, Alasdair, Robert Bruce. 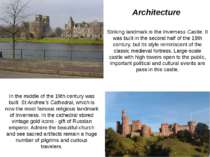 Striking landmark is the Inverness Castle. It was built in the second half of the 19th century, but its style reminiscent of the classic medieval fortress. Large-scale castle with high towers open to the public, important political and cultural events are pass in this castle. Architecture In the middle of the 19th century was built  St Andrew's Cathedral, which is now the most famous religious landmark of Inverness. In the cathedral stored vintage gold icons - gift of Russian emperor. Admire the beautiful church and see sacred artifacts remain a huge number of pilgrims and curious travelers. 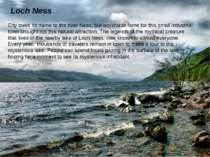 City owes its name to the river Ness, but worldwide fame for this small industrial town brought not this natural attraction. The legends of the mythical creature that lives in the nearby lake of Loch Ness, now known to almost everyone. Every year,  thousands of travelers remain in town to make a tour to the mysterious lake. People can spend hours gazing in the surface of the lake, hoping for a moment to see its mysterious inhabitant. Loch Ness 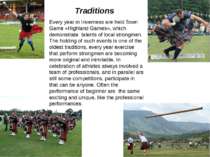 Traditions Every year in Inverness are held Town Game «Highland Games», which demonstrate  talents of local strongmen. The holding of such events is one of the oldest traditions, every year exercise that perform strongmen are becoming more original and inimitable. In celebration of athletes always involved a team of professionals, and in parallel are still some competitions, participate in that can be anyone. Often the performance of beginner are the same exciting and unique, like the professional performances. 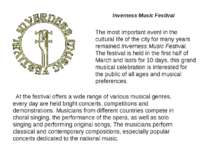 The most important event in the cultural life of the city for many years remained Inverness Music Festival. The festival is held in the first half of March and lasts for 10 days, this grand musical celebration is interested for the public of all ages and musical preferences. Inverness Music Festival At the festival offers a wide range of various musical genres, every day are held bright concerts, competitions and demonstrations. Musicians from different countries compete in choral singing, the performance of the opera, as well as solo singing and performing original songs. The musicians perform classical and contemporary compositions, especially popular concerts dedicated to the national music.