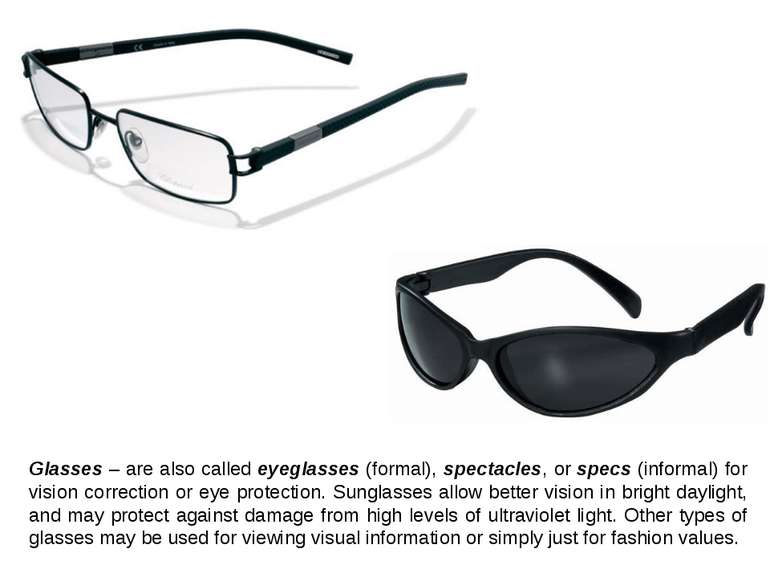 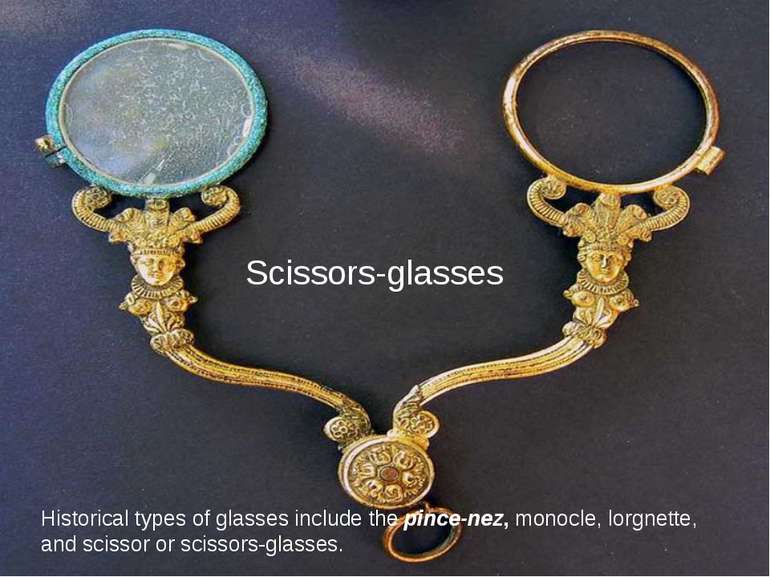 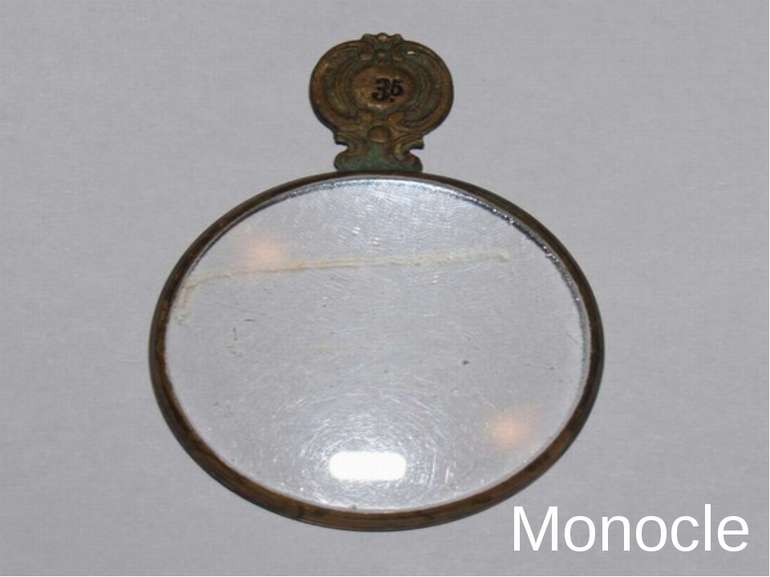 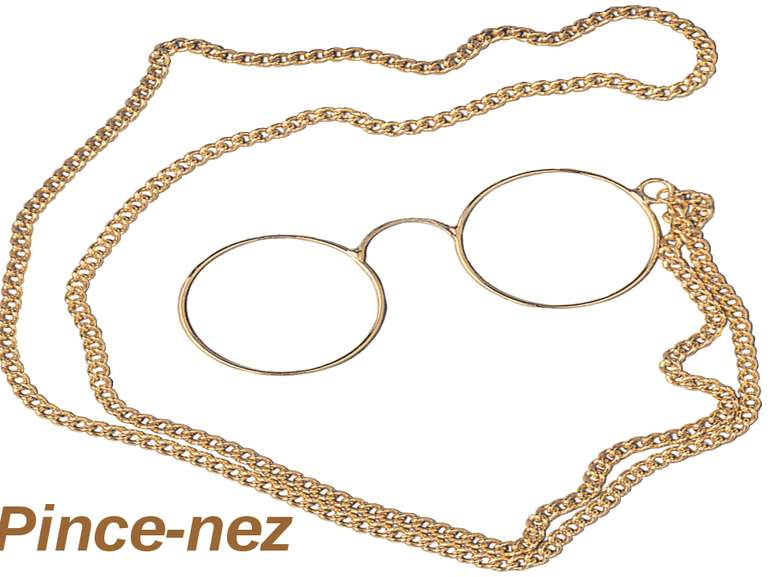 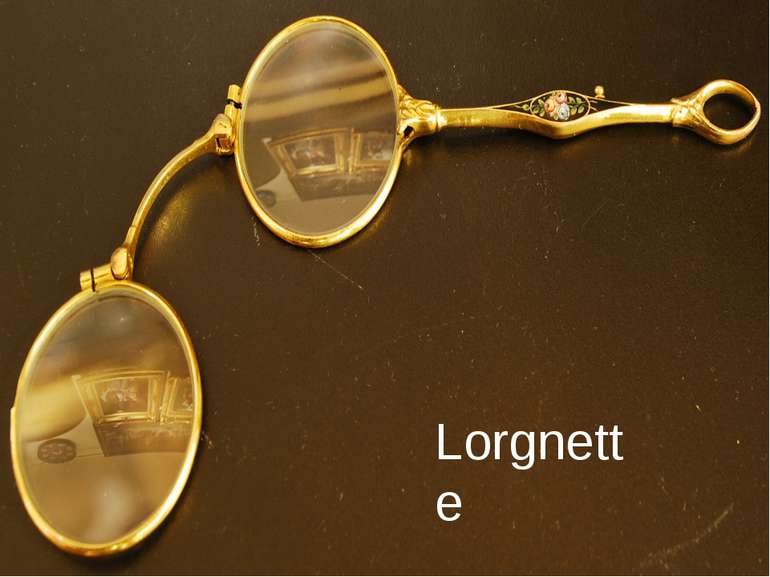 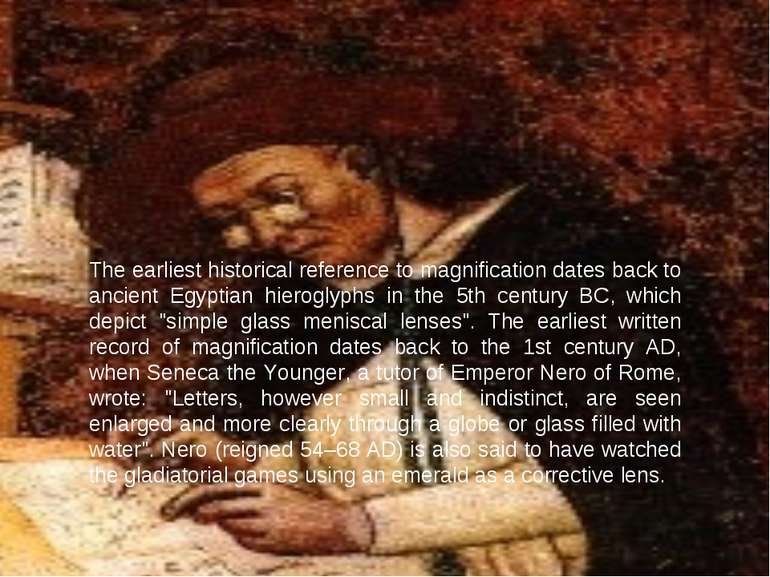 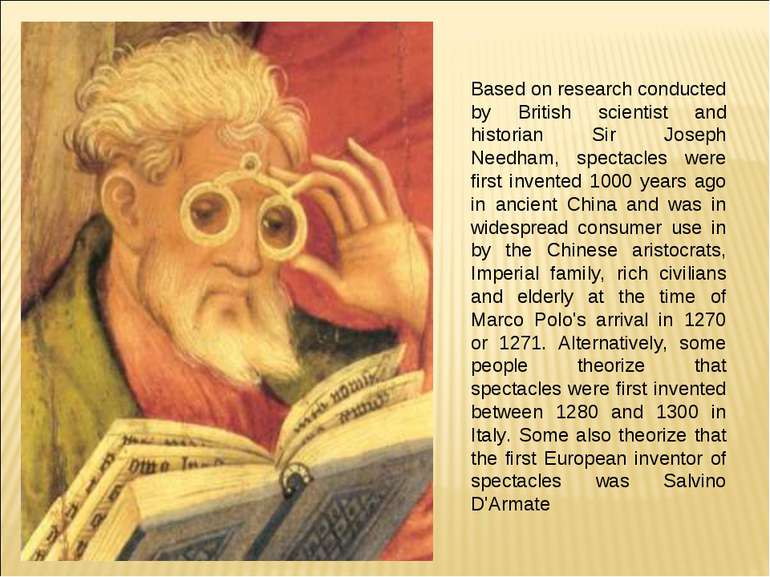 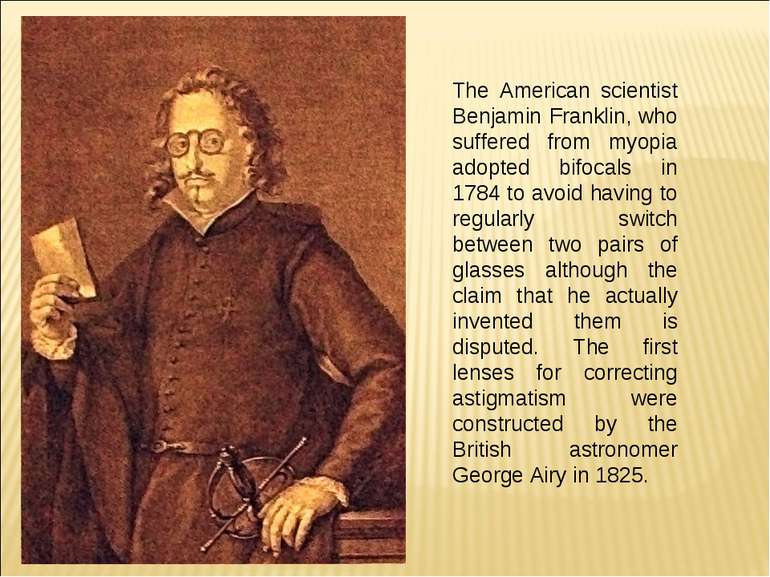 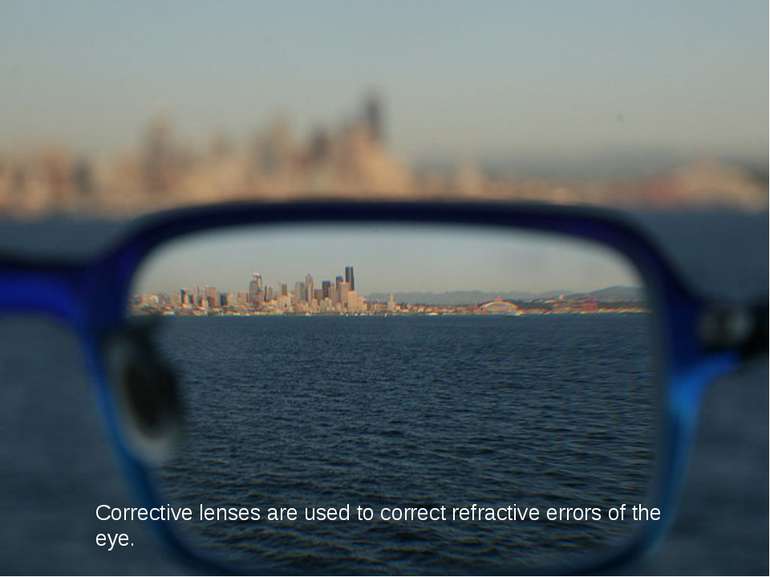 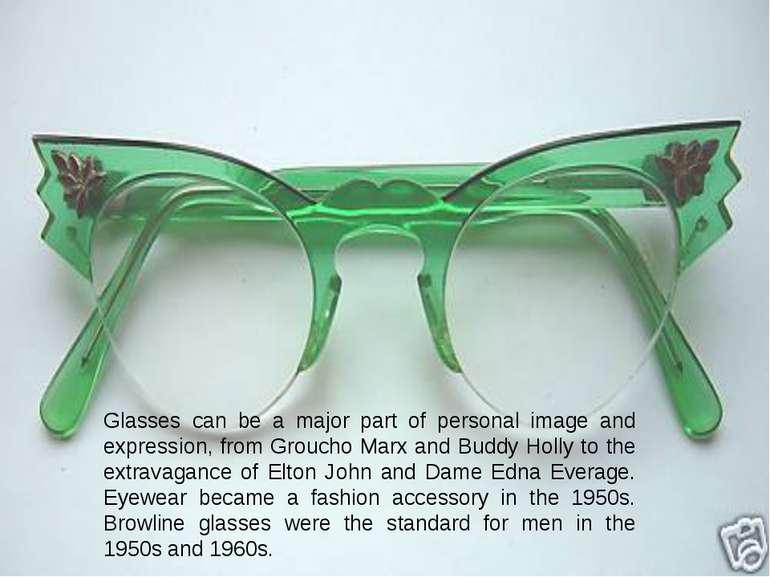 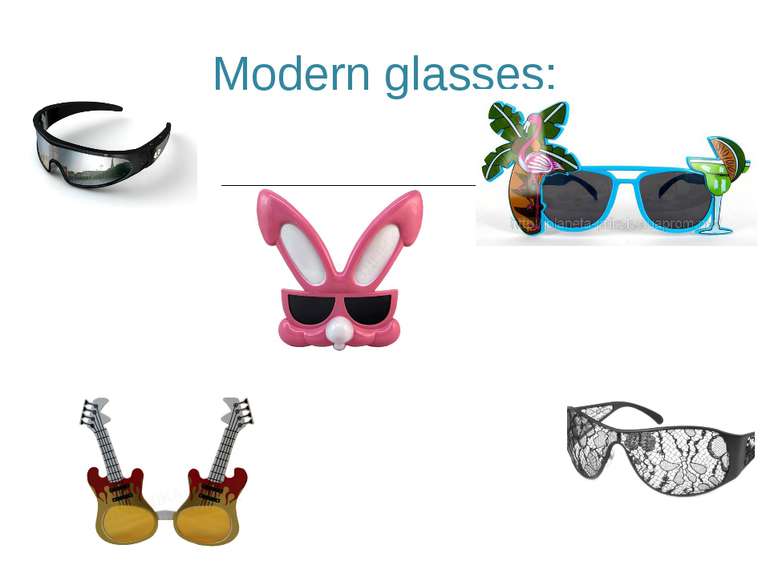 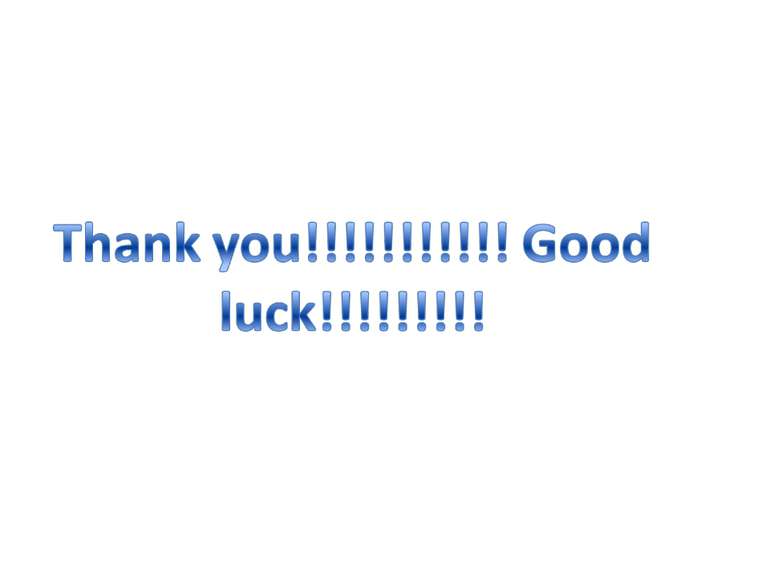 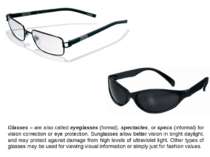 Glasses – are also called eyeglasses (formal), spectacles, or specs (informal) for vision correction or eye protection. Sunglasses allow better vision in bright daylight, and may protect against damage from high levels of ultraviolet light. Other types of glasses may be used for viewing visual information or simply just for fashion values. 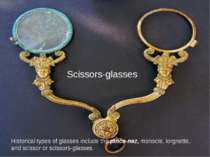 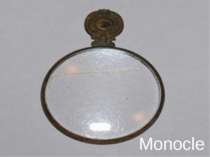 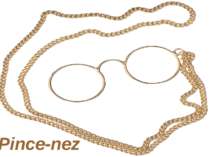 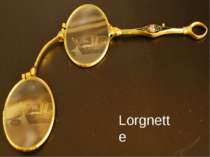 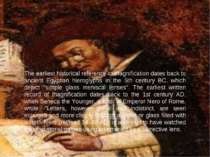 The earliest historical reference to magnification dates back to ancient Egyptian hieroglyphs in the 5th century BC, which depict "simple glass meniscal lenses". The earliest written record of magnification dates back to the 1st century AD, when Seneca the Younger, a tutor of Emperor Nero of Rome, wrote: "Letters, however small and indistinct, are seen enlarged and more clearly through a globe or glass filled with water". Nero (reigned 54–68 AD) is also said to have watched the gladiatorial games using an emerald as a corrective lens. 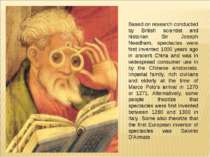 Based on research conducted by British scientist and historian Sir Joseph Needham, spectacles were first invented 1000 years ago in ancient China and was in widespread consumer use in by the Chinese aristocrats, Imperial family, rich civilians and elderly at the time of Marco Polo's arrival in 1270 or 1271. Alternatively, some people theorize that spectacles were first invented between 1280 and 1300 in Italy. Some also theorize that the first European inventor of spectacles was Salvino D'Armate 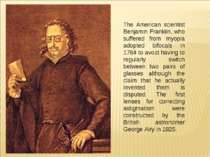 The American scientist Benjamin Franklin, who suffered from myopia adopted bifocals in 1784 to avoid having to regularly switch between two pairs of glasses although the claim that he actually invented them is disputed. The first lenses for correcting astigmatism were constructed by the British astronomer George Airy in 1825. 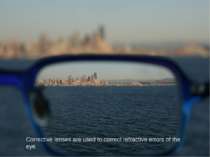 Corrective lenses are used to correct refractive errors of the eye. 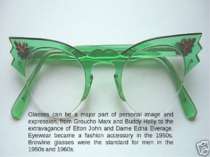 Glasses can be a major part of personal image and expression, from Groucho Marx and Buddy Holly to the extravagance of Elton John and Dame Edna Everage. Eyewear became a fashion accessory in the 1950s. Browline glasses were the standard for men in the 1950s and 1960s. 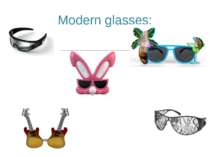 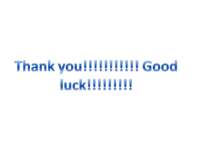