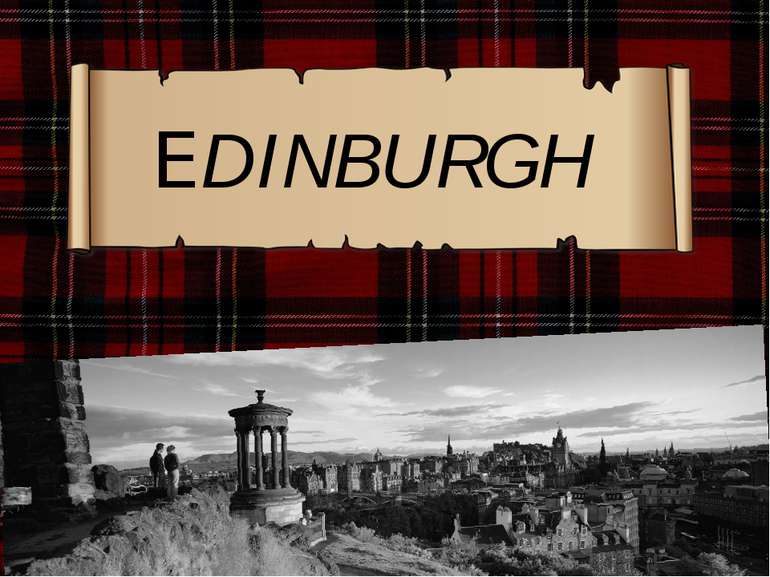 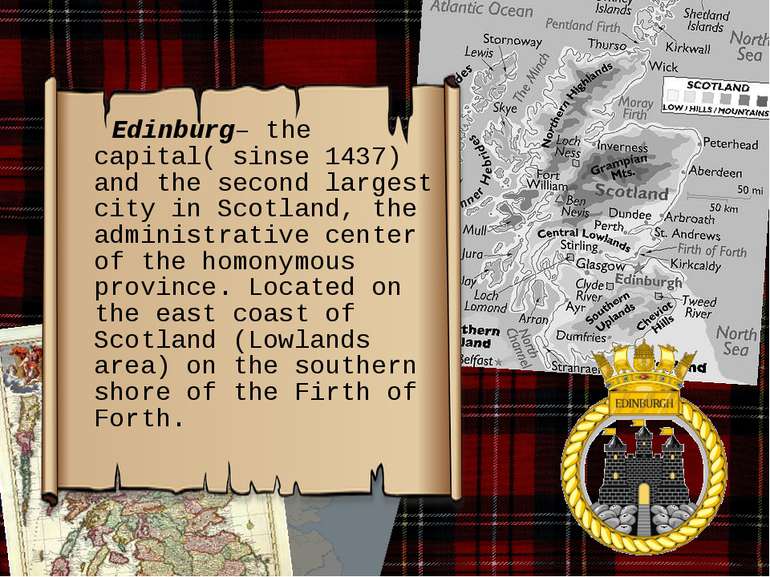 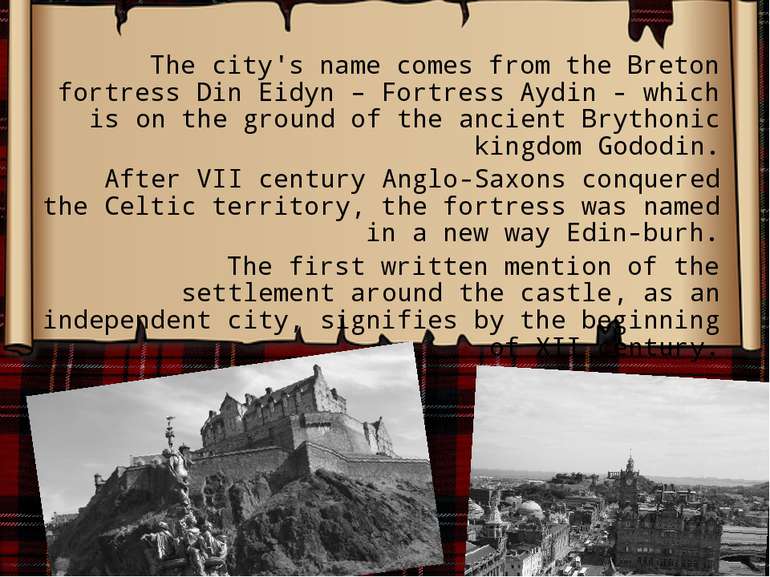 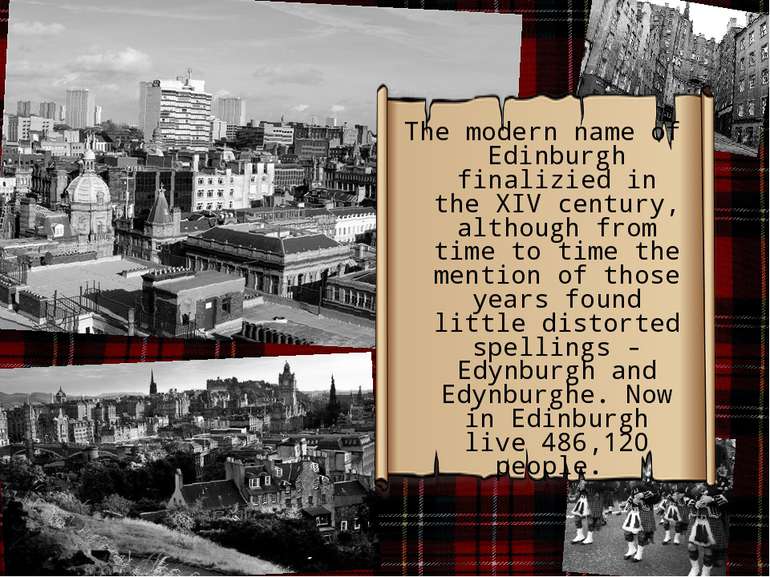 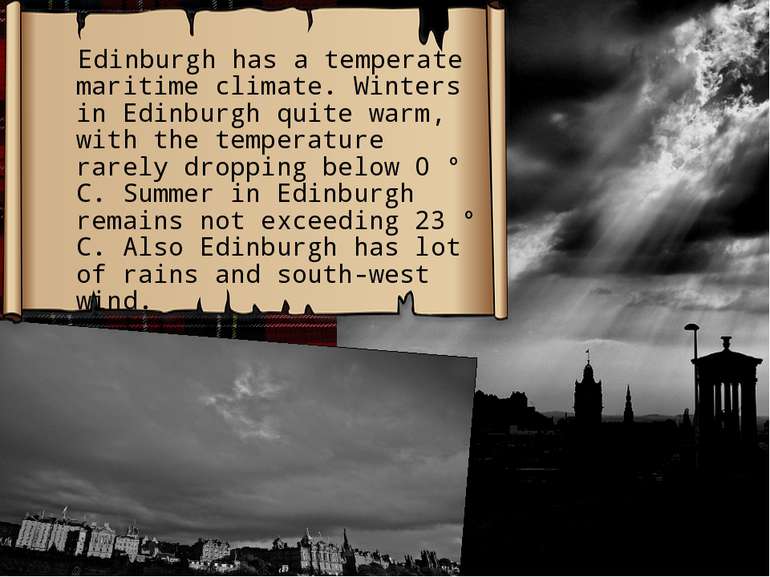 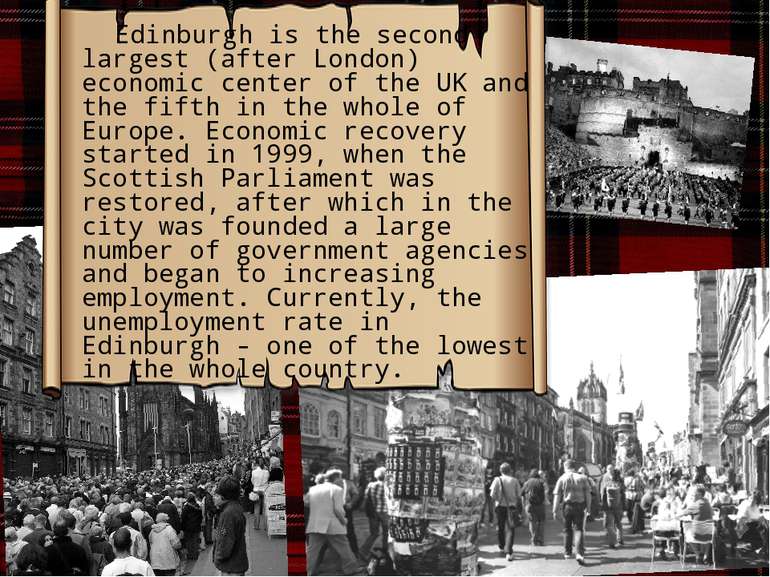 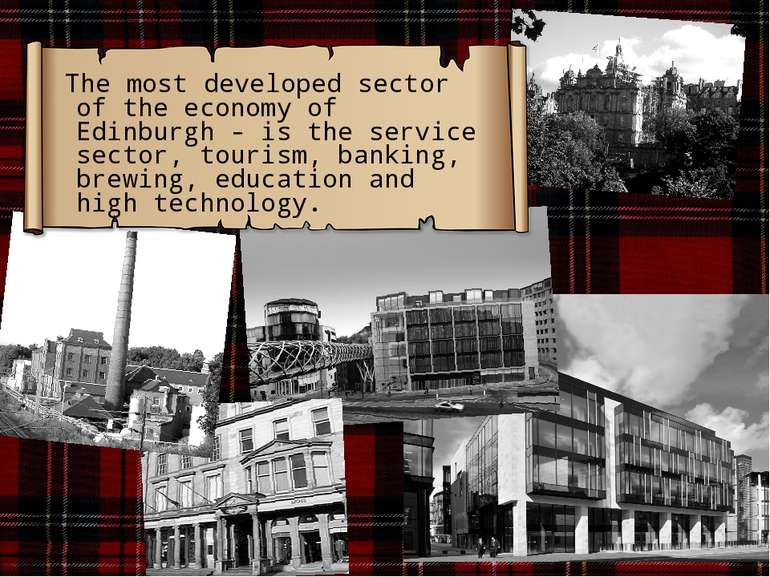 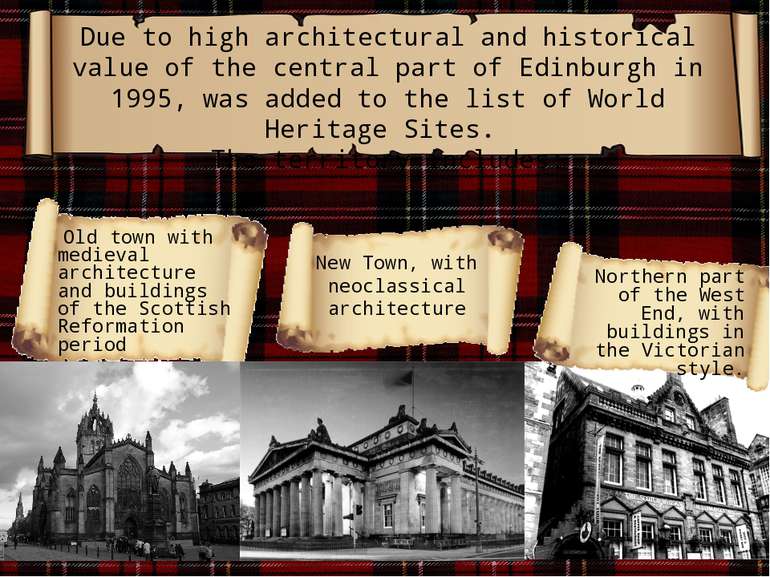 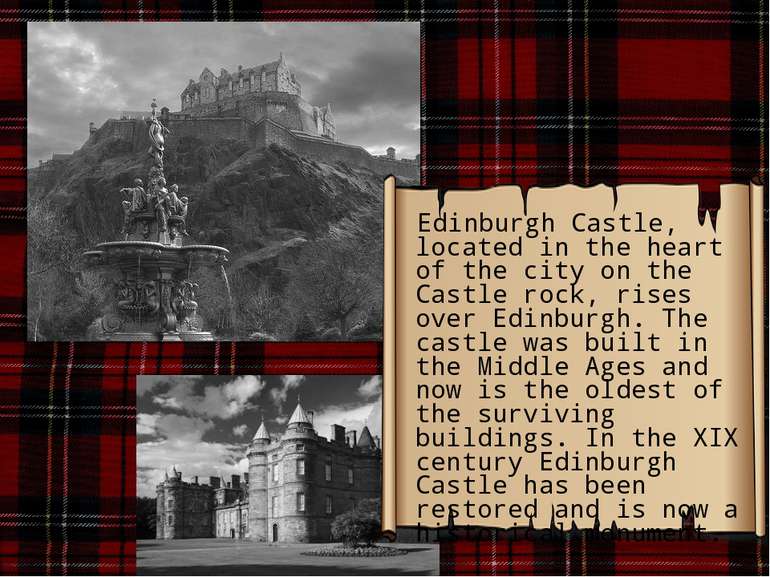 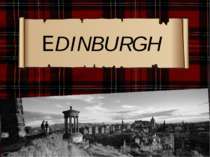 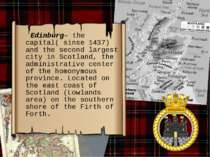 Edinburg– the capital( sinse 1437) and the second largest city in Scotland, the administrative center of the homonymous province. Located on the east coast of Scotland (Lowlands area) on the southern shore of the Firth of Forth. 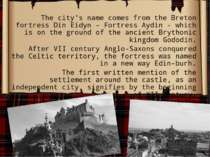 The city's name comes from the Breton fortress Din Eidyn – Fortress Aydin - which is on the ground of the ancient Brythonic kingdom Gododin. After VII century Anglo-Saxons conquered the Celtic territory, the fortress was named in a new way Edin-burh. The first written mention of the settlement around the castle, as an independent city, signifies by the beginning of XII century. 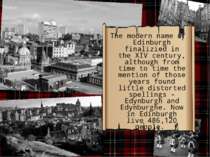 The modern name of Edinburgh finalizied in the XIV century, although from time to time the mention of those years found little distorted spellings - Edynburgh and Edynburghe. Now in Edinburgh live 486,120 people. 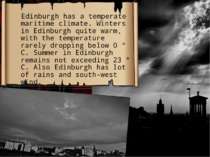 Edinburgh has a temperate maritime climate. Winters in Edinburgh quite warm, with the temperature rarely dropping below 0 ° C. Summer in Edinburgh remains not exceeding 23 ° C. Also Edinburgh has lot of rains and south-west wind. 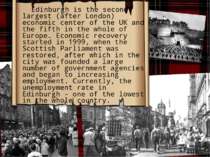 Edinburgh is the second largest (after London) economic center of the UK and the fifth in the whole of Europe. Economic recovery started in 1999, when the Scottish Parliament was restored, after which in the city was founded a large number of government agencies and began to increasing employment. Currently, the unemployment rate in Edinburgh - one of the lowest in the whole country. 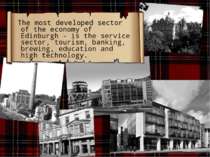 The most developed sector of the economy of Edinburgh - is the service sector, tourism, banking, brewing, education and high technology. 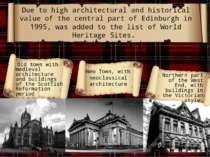 Old town with medieval architecture and buildings of the Scottish Reformation period Due to high architectural and historical value of the central part of Edinburgh in 1995, was added to the list of World Heritage Sites. The territory includes: Northern part of the West End, with buildings in the Victorian style. New Town, with neoclassical architecture 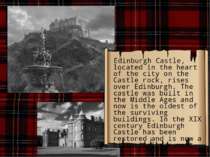 Edinburgh Castle, located in the heart of the city on the Castle rock, rises over Edinburgh. The castle was built in the Middle Ages and now is the oldest of the surviving buildings. In the XIX century Edinburgh Castle has been restored and is now a historical monument. 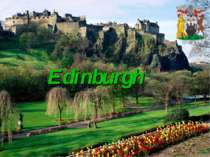