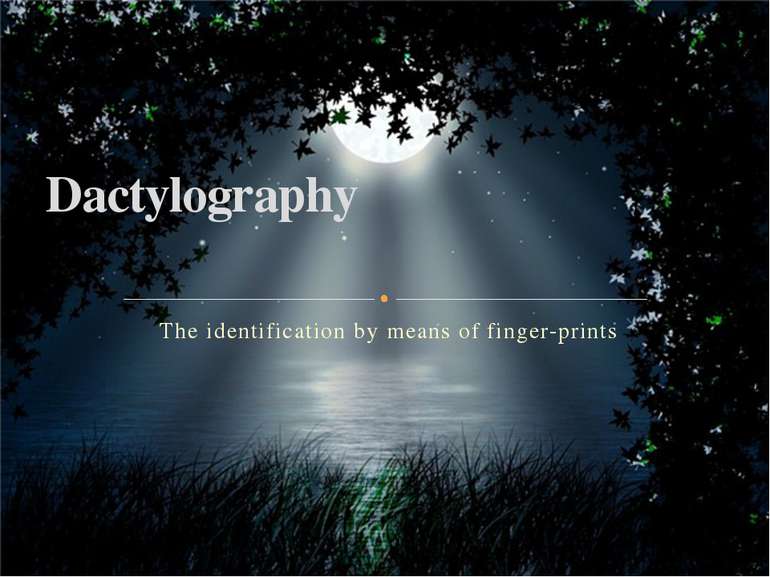 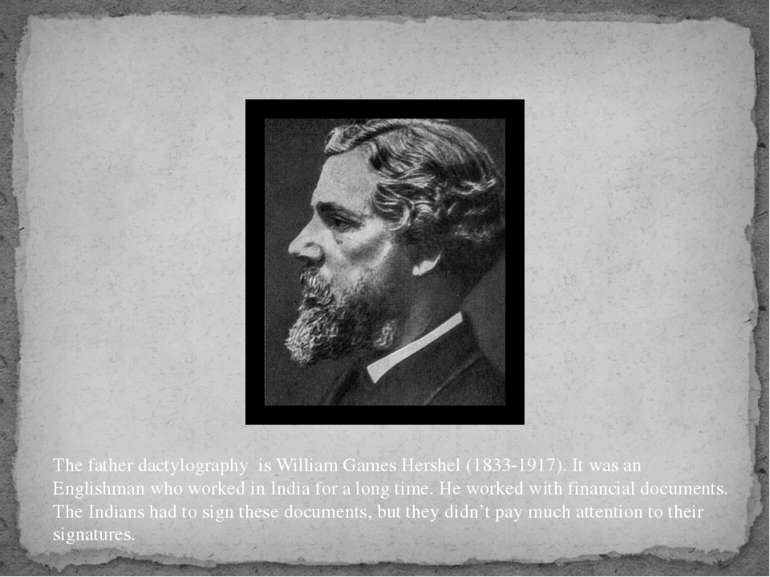 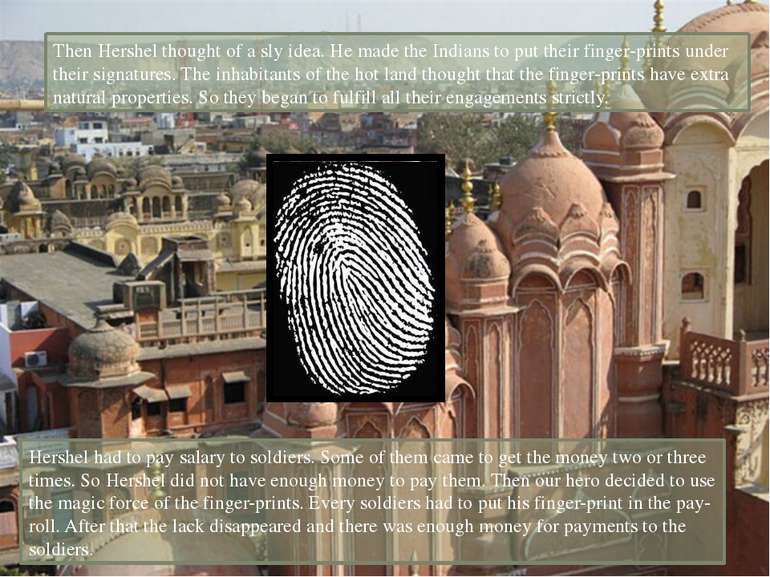 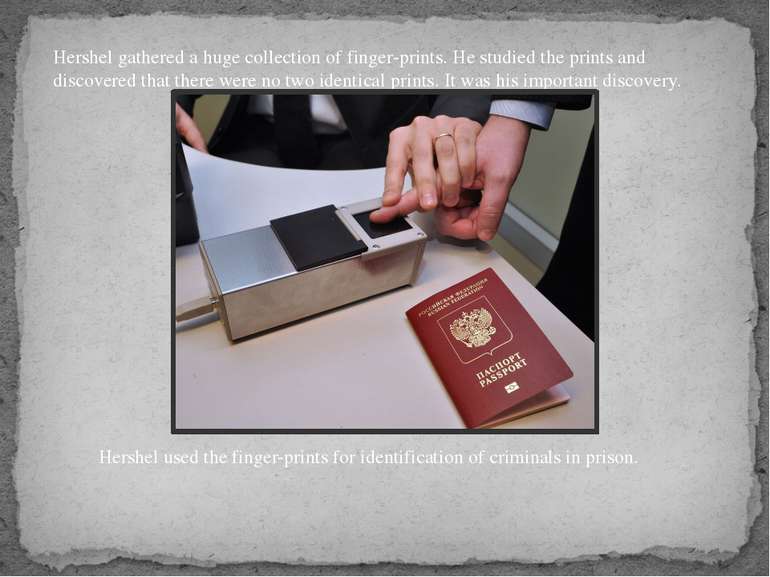 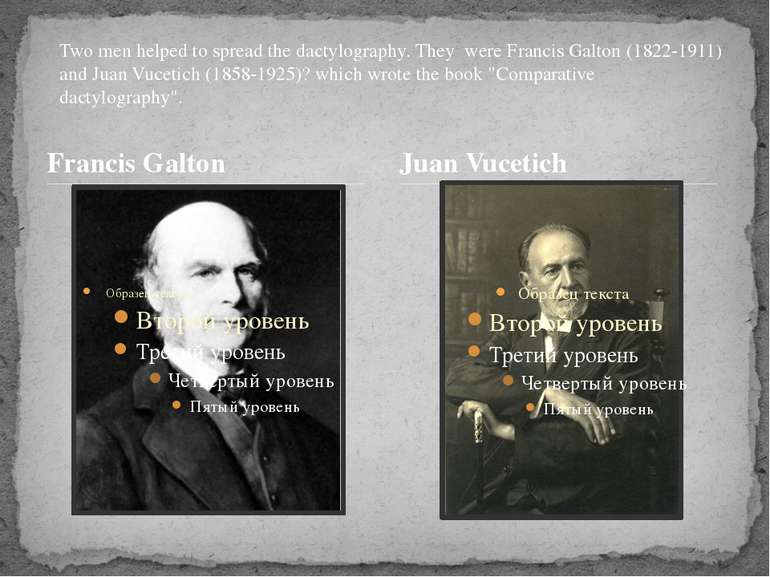 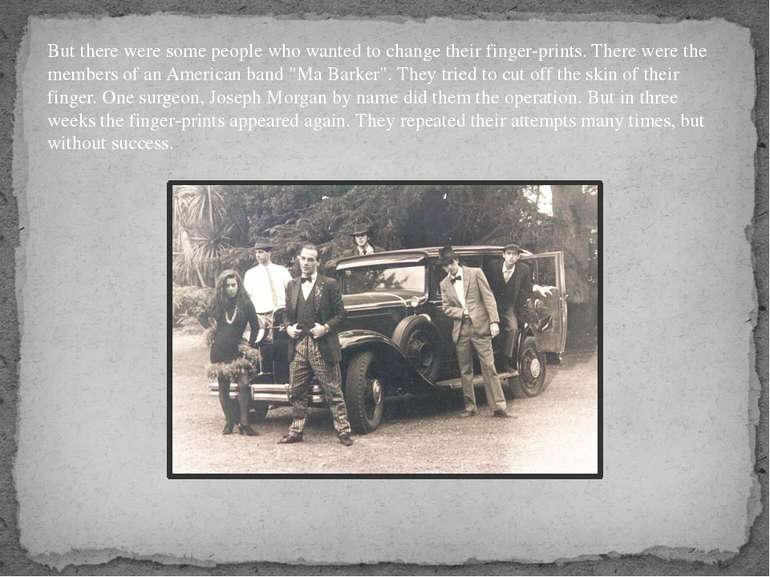 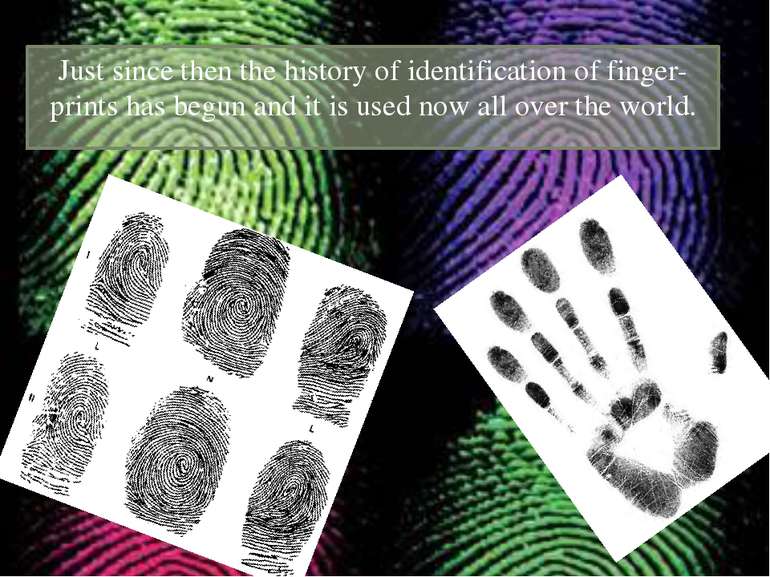 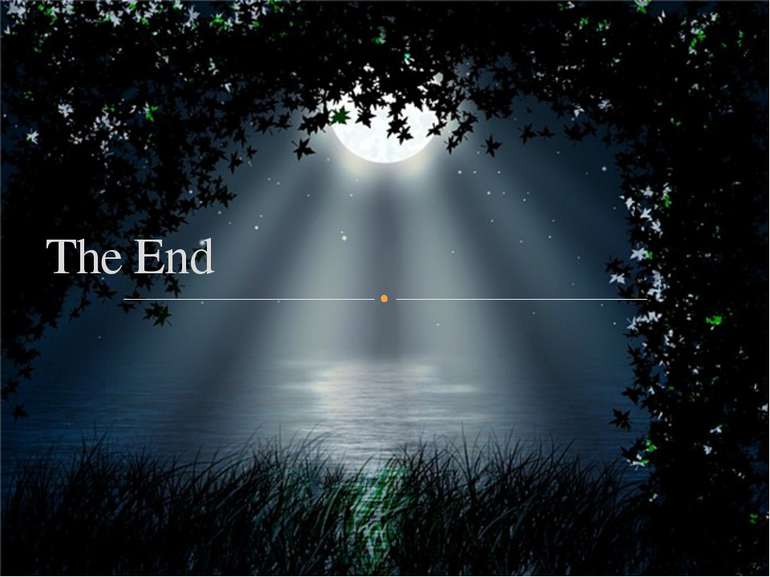 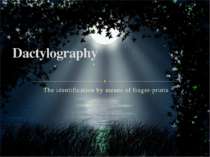 The identification by means of finger-prints Dactylography 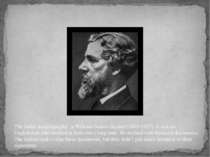 The father dactylography is William Games Hershel (1833-1917). It was an Englishman who worked in India for a long time. He worked with financial documents. The Indians had to sign these documents, but they didn’t pay much attention to their signatures. 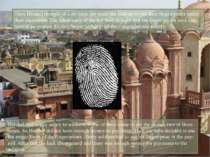 Then Hershel thought of a sly idea. He made the Indians to put their finger-prints under their signatures. The inhabitants of the hot land thought that the finger-prints have extra natural properties. So they began to fulfill all their engagements strictly. Hershel had to pay salary to soldiers. Some of them came to get the money two or three times. So Hershel did not have enough money to pay them. Then our hero decided to use the magic force of the finger-prints. Every soldiers had to put his finger-print in the pay-roll. After that the lack disappeared and there was enough money for payments to the soldiers. 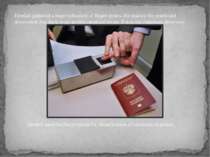 Hershel gathered a huge collection of finger-prints. He studied the prints and discovered that there were no two identical prints. It was his important discovery. Hershel used the finger-prints for identification of criminals in prison. 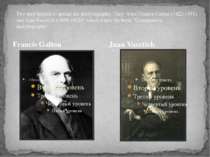 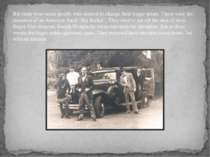 But there were some people who wanted to change their finger-prints. There were the members of an American band "Ma Barker". They tried to cut off the skin of their finger. One surgeon, Joseph Morgan by name did them the operation. But in three weeks the finger-prints appeared again. They repeated their attempts many times, but without success. 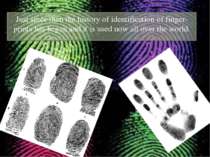 Just since then the history of identification of finger-prints has begun and it is used now all over the world. 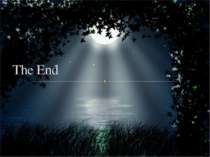