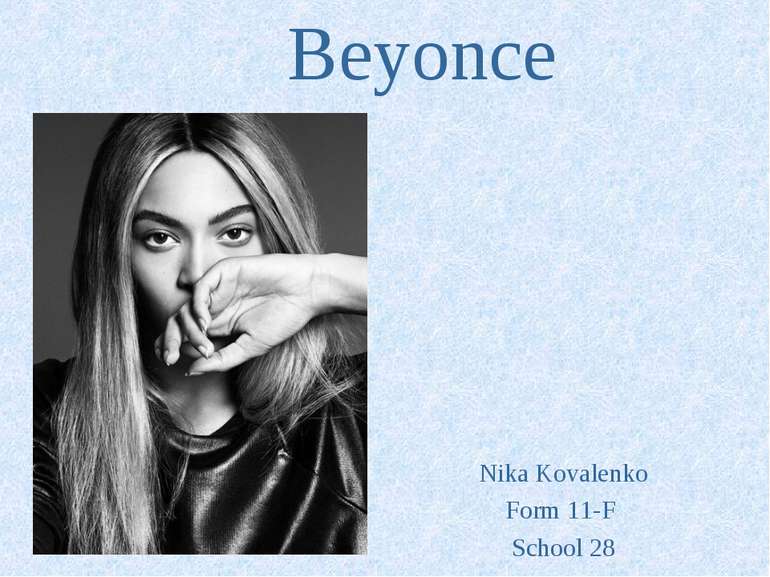 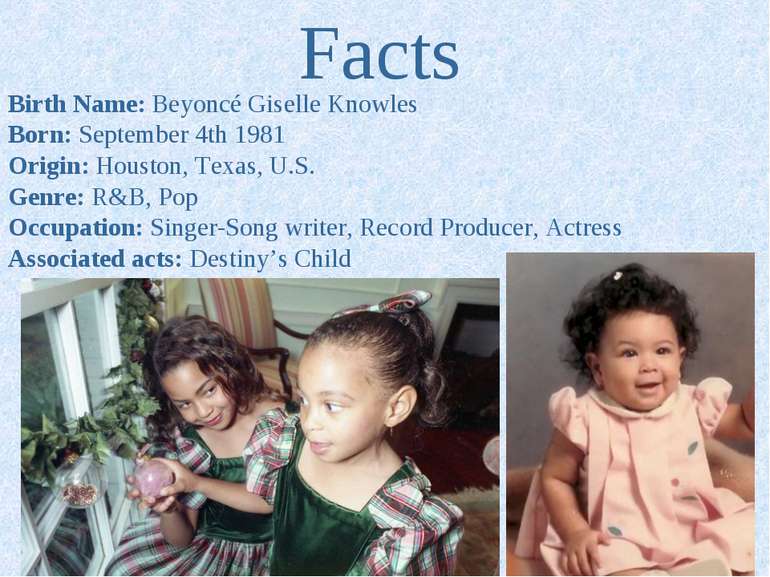 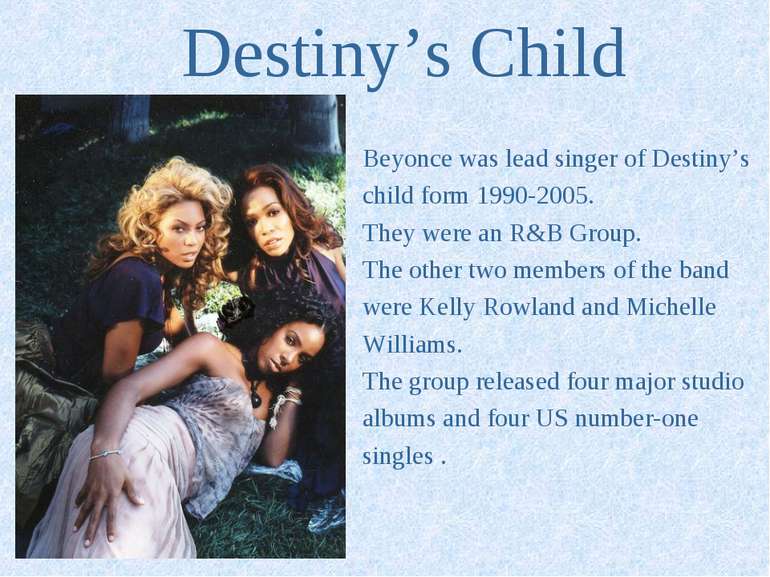 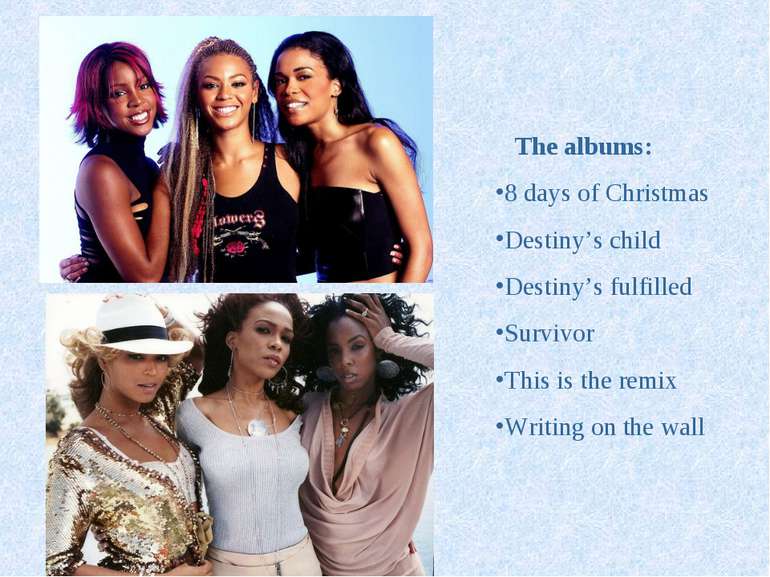 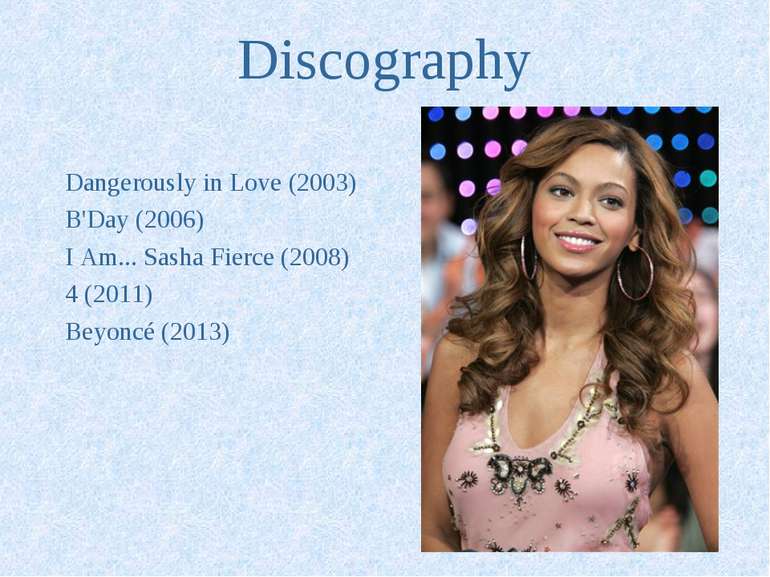 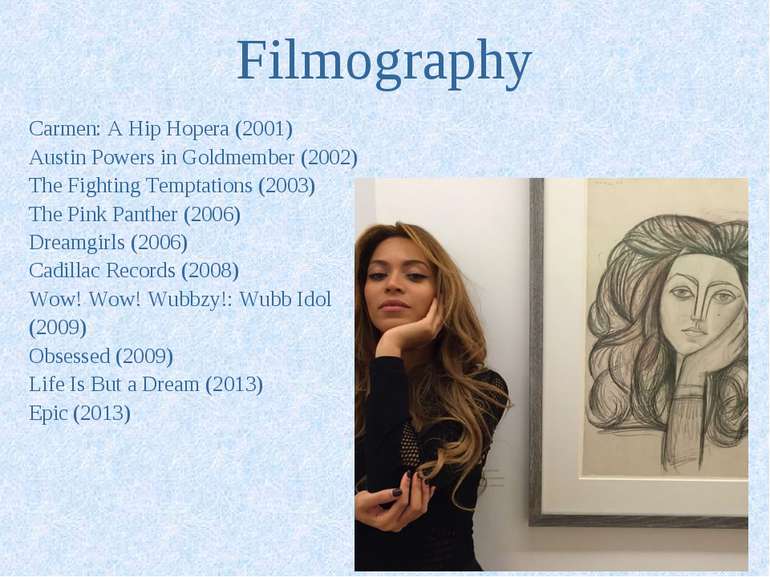 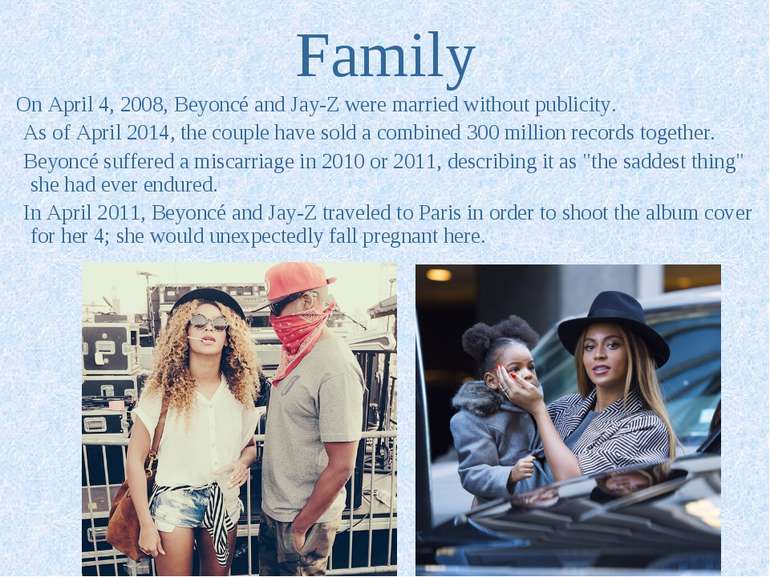 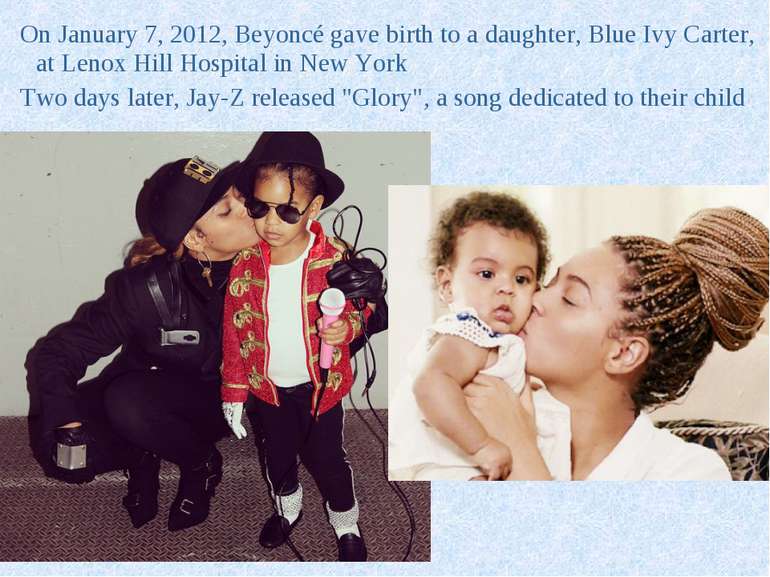 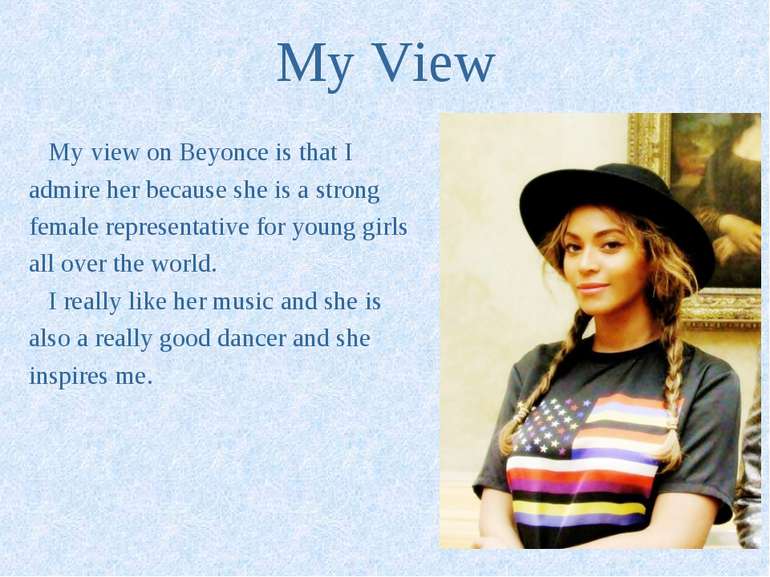 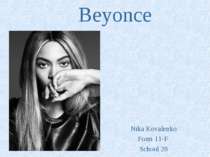 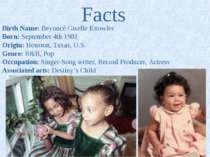 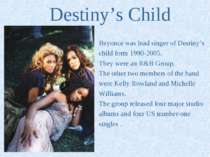 Destiny’s Child Beyonce was lead singer of Destiny’s child form 1990-2005. They were an R&B Group. The other two members of the band were Kelly Rowland and Michelle Williams. The group released four major studio albums and four US number-one singles . 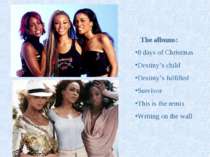 The albums: 8 days of Christmas Destiny’s child Destiny’s fulfilled Survivor This is the remix Writing on the wall 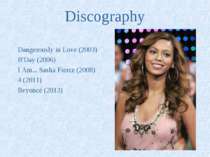 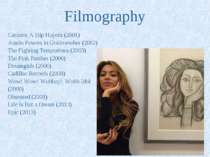 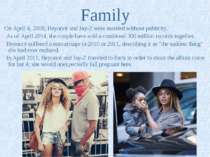 Family On April 4, 2008, Beyoncé and Jay-Z were married without publicity. As of April 2014, the couple have sold a combined 300 million records together. Beyoncé suffered a miscarriage in 2010 or 2011, describing it as "the saddest thing" she had ever endured. In April 2011, Beyoncé and Jay-Z traveled to Paris in order to shoot the album cover for her 4; she would unexpectedly fall pregnant here. 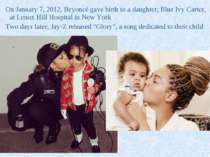 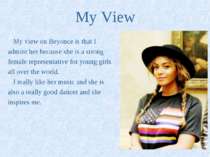 My View My view on Beyonce is that I admire her because she is a strong female representative for young girls all over the world. I really like her music and she is also a really good dancer and she inspires me. 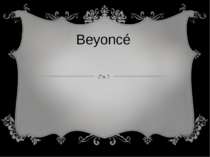