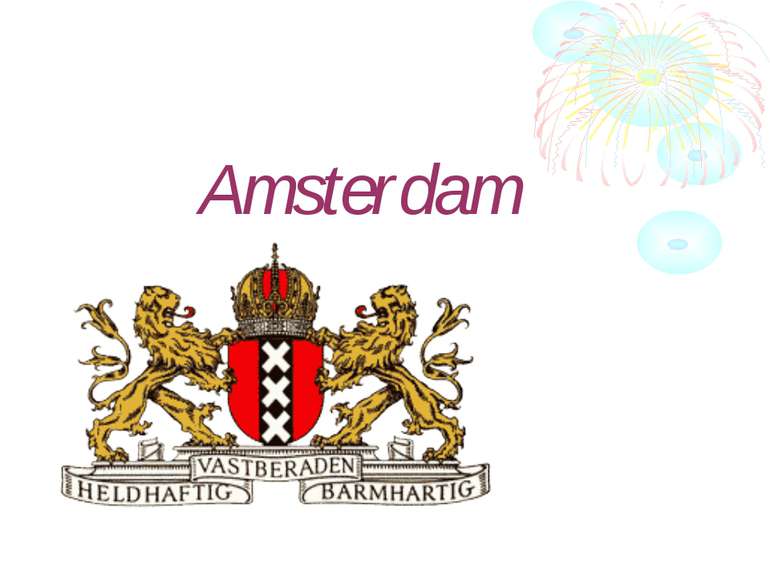 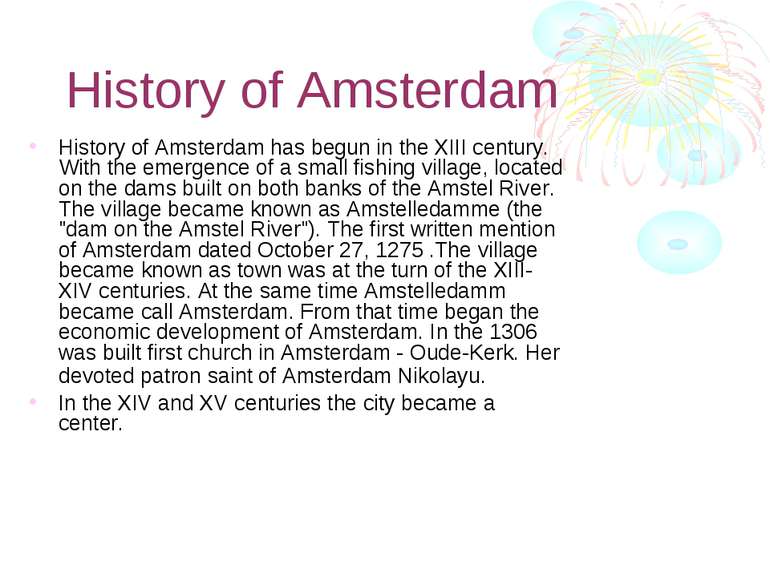 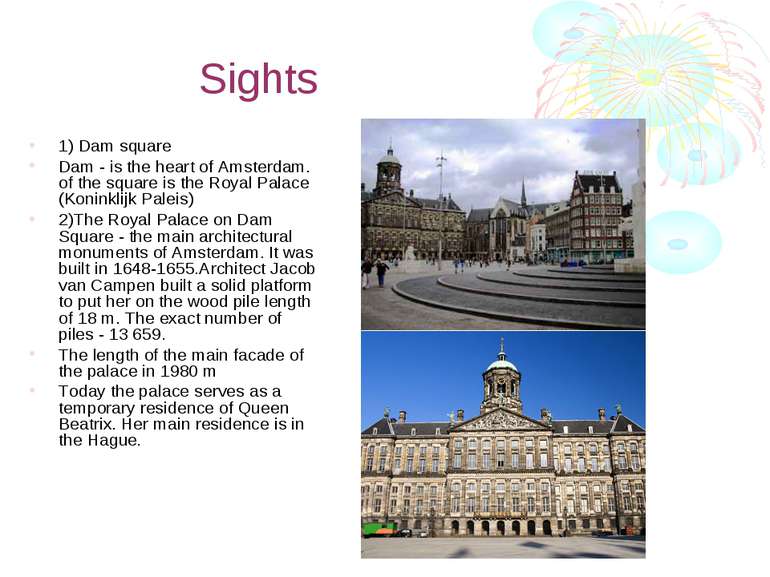 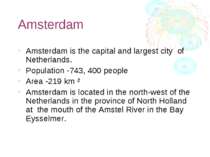 Amsterdam Amsterdam is the capital and largest city of Netherlands. Population -743, 400 people Area -219 km ² Amsterdam is located in the north-west of the Netherlands in the province of North Holland at the mouth of the Amstel River in the Bay Eysselmer. 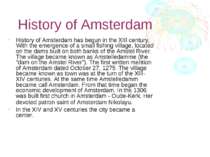 History of Amsterdam History of Amsterdam has begun in the XIII century. With the emergence of a small fishing village, located on the dams built on both banks of the Amstel River. The village became known as Amstelledamme (the "dam on the Amstel River"). The first written mention of Amsterdam dated October 27, 1275 .The village became known as town was at the turn of the XIII-XIV centuries. At the same time Amstelledamm became call Amsterdam. From that time began the economic development of Amsterdam. In the 1306 was built first church in Amsterdam - Oude-Kerk. Her devoted patron saint of Amsterdam Nikolayu. In the XIV and XV centuries the city became a center. 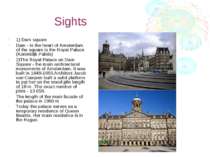 Sights 1) Dam square Dam - is the heart of Amsterdam. of the square is the Royal Palace (Koninklijk Paleis) 2)The Royal Palace on Dam Square - the main architectural monuments of Amsterdam. It was built in 1648-1655.Architect Jacob van Campen built a solid platform to put her on the wood pile length of 18 m. The exact number of piles - 13 659. The length of the main facade of the palace in 1980 m Today the palace serves as a temporary residence of Queen Beatrix. Her main residence is in the Hague. 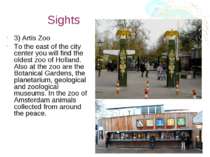 Sights 3) Artis Zoo To the east of the city center you will find the oldest zoo of Holland. Also at the zoo are the Botanical Gardens, the planetarium, geological and zoological museums. In the zoo of Amsterdam animals collected from around the peace. 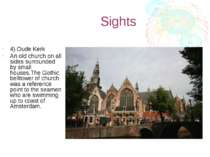 Sights 4) Oude Kerk An old church on all sides surrounded by small houses.The Gothic belltower of church was a reference point to the seamen who are swimming up to coast of Amsterdam. 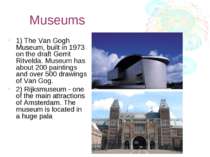 Museums 1) The Van Gogh Museum, built in 1973 on the draft Gerrit Ritvelda. Museum has about 200 paintings and over 500 drawings of Van Gog. 2) Rijksmuseum - one of the main attractions of Amsterdam. The museum is located in a huge pala 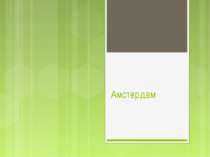 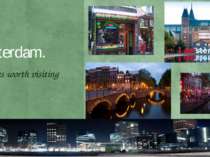