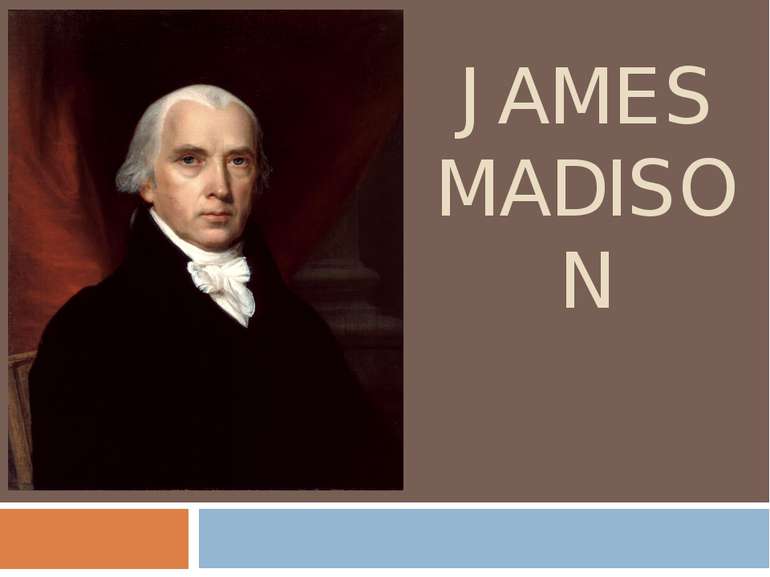 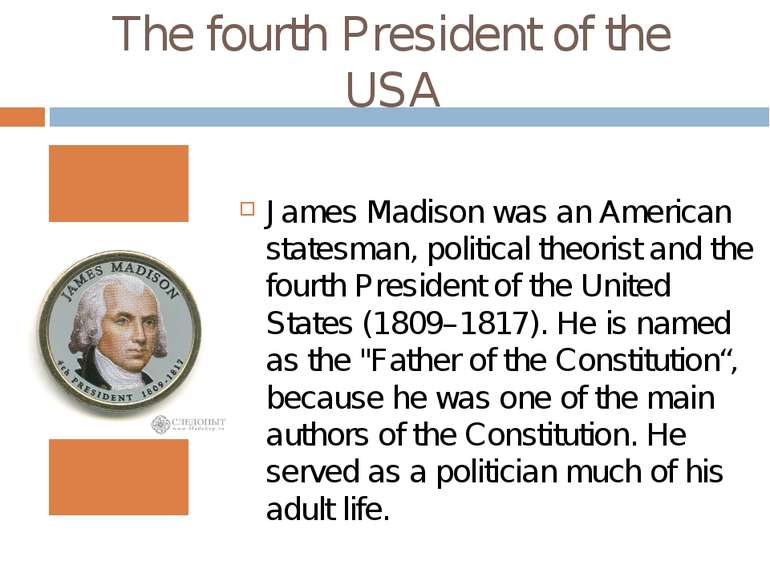 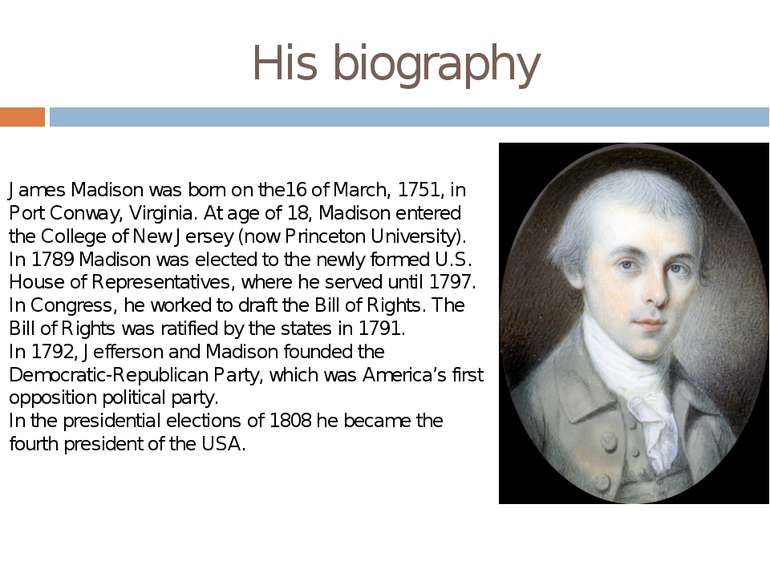 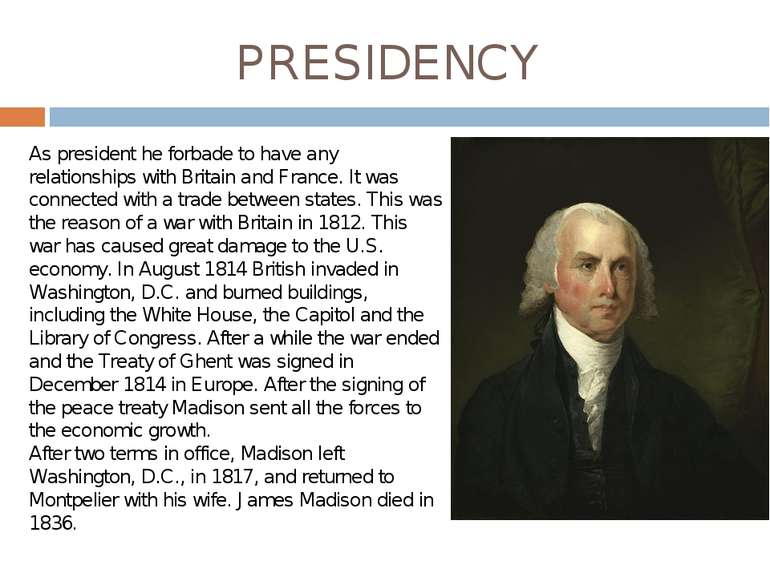 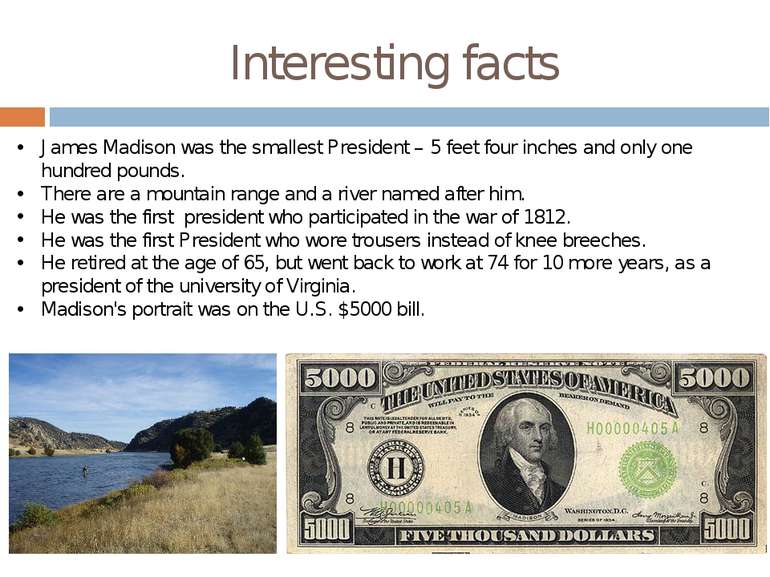 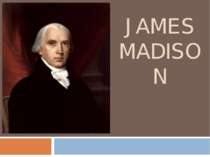 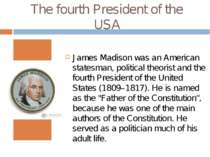 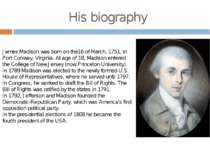 His biography James Madison was born on the16 of March, 1751, in Port Conway, Virginia. At age of 18, Madison entered the College of New Jersey (now Princeton University). In 1789 Madison was elected to the newly formed U.S. House of Representatives, where he served until 1797. In Congress, he worked to draft the Bill of Rights. The Bill of Rights was ratified by the states in 1791. In 1792, Jefferson and Madison founded the Democratic-Republican Party, which was America’s first opposition political party. In the presidential elections of 1808 he became the fourth president of the USA. 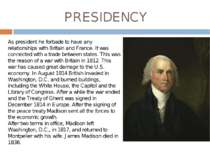 PRESIDENCY As president he forbade to have any relationships with Britain and France. It was connected with a trade between states. This was the reason of a war with Britain in 1812. This war has caused great damage to the U.S. economy. In August 1814 British invaded in Washington, D.C. and burned buildings, including the White House, the Capitol and the Library of Congress. After a while the war ended and the Treaty of Ghent was signed in December 1814 in Europe. After the signing of the peace treaty Madison sent all the forces to the economic growth. After two terms in office, Madison left Washington, D.C., in 1817, and returned to Montpelier with his wife. James Madison died in 1836. 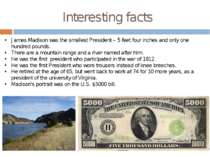 Interesting facts James Madison was the smallest President – 5 feet four inches and only one hundred pounds. There are a mountain range and a river named after him. He was the first president who participated in the war of 1812. He was the first President who wore trousers instead of knee breeches. He retired at the age of 65, but went back to work at 74 for 10 more years, as a president of the university of Virginia. Madison's portrait was on the U.S. $5000 bill. 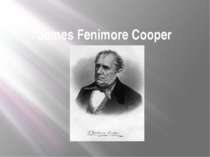 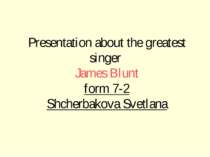 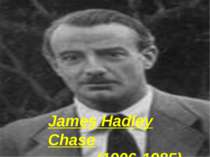